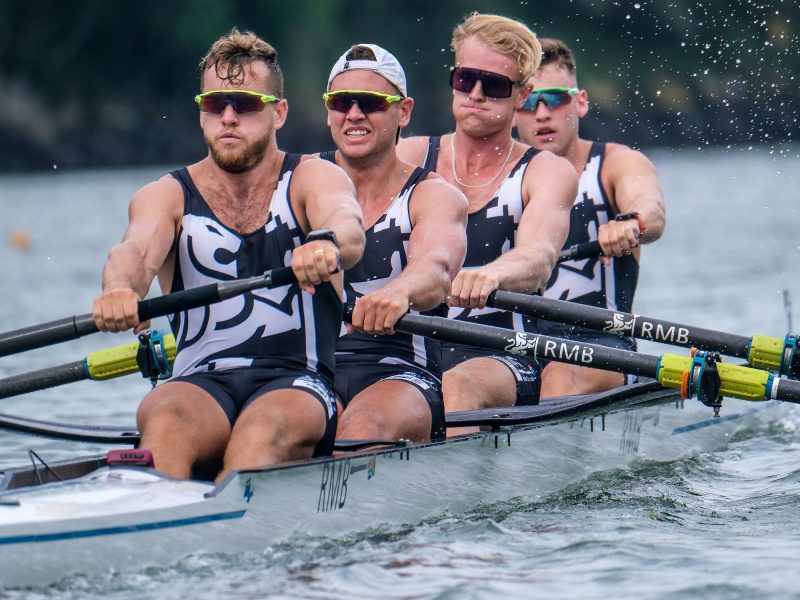 Rand Merchant Bank, a long-time supporter of rowing in South Africa, has entered into a partnership with Cape
Town’s Zeekoe Vlei Yacht Club, home to the Alfred Rowing Club.

The agreement will see the bank contributing to Alfred Rowing Club’s plans to turn Zeekoe Vlei into the home of Western Cape Rowing.

Plans
These plans include improving the infrastructure to accommodate more clubs and athletes, in particular making space for the local rowing development teams to have their own storage and facilities alongside the rowing schools of the Western Cape.

Over and above a financial contribution, RMB has replaced the old, rusted entrance sign and erected signage along the garages.

“RMB’s involvement will benefit the entire rowing community in the Western Cape,” says Mike Robinson, President of the ZVYC. “The initial sponsorship will enable an upgrading of the jetties and the racing course at Zeekoe Vlei, which serves as the home of most of the province’s clubs. We also envisage that the sponsorship will bring the rowing community even closer together as we look to grow the sport in the Western Cape. ZVYC is within 20 kilometres of the majority of Western Cape rowers and has the infrastructure required to support regattas and training camps.”

The vision is to have a 1500-metre course, with the finish line at the ZVYC. To accommodate the
prevailing south-easter wind, the racing course can be shortened to 700 or 500 metres, allowing regattas to be
completed throughout the summer when the south-easter is at its strongest.

“Our development programme is driven out of the Grassy Park Rowing Club, which recruits from secondary schools in the vicinity of Zeekoe Vlei. Their ambition is to drive up membership,” says Robinson. “After leaving school, these rowers turn out for varsity crews or join Alfred Rowing Club.”

HAVE YOU ALSO READ?: The Business of…..RMB’s Rowing Sponsorship

The University of the Western Cape is also re-emerging and needs support to get re- established.

“The potential for growth is huge, and Western Cape Rowing and the Alfred Rowing Club are co-ordinating the support of the development of these two clubs. Together, we are supporting the development team of 10 rowers to participate at the World Masters Rowing Championships at Roodeplaat in 2023. RMB’s sponsorship of Western Cape Rowing will hopefully encourage other companies to provide much-needed support for both Grassy Park Rowing Club and the University of the Western Cape.”

RMB has been instrumental in growing the sport of rowing since 2016, from development level through to the RMB National Squad.

“Our focus is on unlocking and supporting talent at all levels in the rowing world,” says RMB Chief Marketing Officer Alison Badenhorst. “We have witnessed a number of amazing success stories since we got involved, from our RMB National Squad winning Olympic medals to development rowers participating in international regattas. The growth in rowing in South Africa has been phenomenal.”

RMB supports the Rowsa Development Rowing Programme and sponsors five of South Africa’s biggest rowing
regattas. The company also sponsors billboards at select schools and allocates a percentage of its funding to
supporting development rowing at school level. More recently, the bank has got behind elevating the status of rowing in the Western Cape.

“We look forward to being part of expanding rowing in the Western Cape and helping to make Zeekoe Vlei the home of rowing in the province,” says Badenhorst.