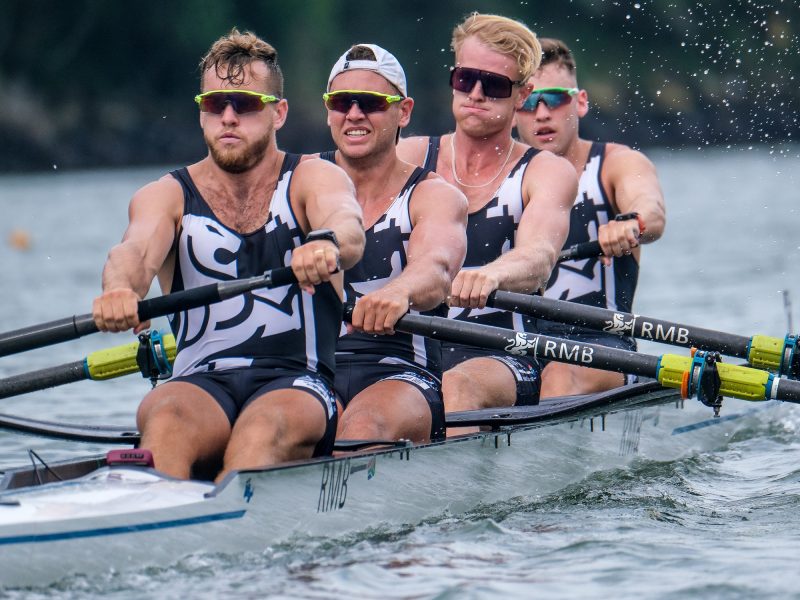 In the second in a new series of Sport Industry Awards pieces looking at the business of various individual sectors within the South African sports industry, RMB Chief Marketing Officer Alison Badenhorst talks through the reasons behind the bank’s sponsorship of rowing in South Africa.

It’s a ‘small’ sport in South Africa that for a number of years has punched above its weight, with success on the global stage that some sports can only dream of, particularly if one looks at the resources and funds available to rowing in this country.

On the Olympic stage – the platform on which most South African sports fans are first exposed to the sport – that success stretches back to 2004, when Donovan Cech and Ramon di Clemente claimed bronze in the men’s coxless pair in Athens, before the men’s lightweight coxless four of James Thompson, John Smith, Matthew Brittain and Sizwe Ndlovu went two better eight years later, winning gold in London.

Fast-forward another four years and the Brittain family was celebrating another Olympic medal, as Brittain’s brother Lawrence claimed silver in the men’s coxless pair with Shaun Keeling at the Rio Olympics in 2016 – the same year in which national squad coach Roger Barrow was named World Rowing’s Coach of the Year.

The younger Brittain’s story was particularly remarkable, given the fact that less than two years earlier he had been diagnosed with – and ultimately recovered from – stage four Hodgkin’s Lymphoma, before incredibly earning his spot alongside Keeling and eventually coming within a whisker of a gold medal in Rio.

Stories like these – and that of para-rower Sandra Khumalo, who was paralysed in a car accident and has gone on to qualify as a two-time Paralympian – are just some of the reasons, according to Badenhorst, why Rand Merchant Bank has put money into South African rowing.

“There is just so much courage in these individuals,” says Badenhorst, whilst conceding that inspiration alone was not the driving force behind RMB first sponsoring South African schools rowing and development in 2015, before officially launching its sponsorship of the national squad in 2017.

“We certainly see a lot of synergies between business and sport, but even more so between rowing and the RMB business,” says Badenhorst. “Rowing is almost the ultimate team sport – there’s nothing better than individuals harnessing their unique strengths for a common purpose to achieve ultimate success. It’s about hard work, focus, and dedication, so, there are a lot of commonalities with what rowing represents and stands for as a sport.”

And, according to Badenhorst, what Rowing South Africa also stands for is good governance and integrity, at a time when some of the country’s sports bodies – the likes of Cricket South Africa and SASCOC – are mired in in-fighting, controversy, and question marks over their running of their particular sport.

“RMB stands for traditional values and innovative ideas, and dealing with Rowing SA and Team Powerhouse Trust with the administration, there’s a strong level of governance and they are very professional, with great integrity and a strong value set,” she says. “Unfortunately, in a lot of sporting bodies, the love of sport has been derailed by governance and politics etc.”

Beyond that, though, Badenhorst says RMB saw an opportunity to make what she says is a limited sponsorship budget work for the bank and almost take ownership of a particular sports property.

“We do like to pick a lane where we can stand out, we are a niche corporate investment bank, and rowing is a niche sport,” she says. “Also, it’s not cluttered, so from a brand and marketing perspective, we can have strong visibility.”

She draws comparisons with other sports in South Africa, with very few of them seemingly ‘owned’ by one sponsor.

“If you look at running or cycling, for example, you wouldn’t be able to say ‘x’ brand owns either of those sports, but if you had to ask the same question with rowing, I think people would strongly associate RMB with it,” says Badenhorst. “I think that’s smart marketing, particularly at a time, now, where there is cost pressure and you need to really punch above your weight.”

Yes, there’s no getting away from the fact that the pressure on marketing spend is greater than it’s ever been, and you could probably make that argument for the pre-COVID time, as well. Throw in the national lockdown, job cuts, and corporate revenue taking a whack, and you have a situation where sponsorship departments are having to look over their shoulders.

“With the macro-environment at the moment, there’s huge cross-pressures across businesses, industry-wide, and more than ever, for marketing departments, whether it’s sponsorship, events or advertising, demonstrating real commercial value will be the ultimate driver of whether we continue with certain initiatives,” says Badenhorst.

For now, RMB has this year renewed its sponsorship of the national rowing squad through to the end of 2022, to ensure it is covered up until next year’s re-scheduled Olympics and beyond. Post-2022, though, there’s no guarantee that RMB will continue to put money into rowing, for the reasons already stated.

“At the end of the day, we’re in the business of corporate and investment banking, and it’s about driving real growth of the business in commercial terms, and our platforms and sponsorships need to do that,” says Badenhorst. “Rowing drives broader brand awareness through a more emotional connection through ‘proudly South African’ sport, hope, optimism etc, and our association with that, but having real metrics that define success are going to be critical.”

So, as a starting point, how does RMB measure its current investment in rowing? It has obviously put ‘x’ into sponsoring the sport, but beyond brand awareness and the ‘owning’ of the sport, how does Badenhorst justify the bank’s investment, when it comes to crunch time and the measuring of that return on investment?

“ROI is always an interesting one in the marketing world and it’s not always quantifiable,” she says. “So, we often also talk about Return on Objective. There are two brand objectives: growing awareness of the RMB brand within the broader market, and then growing the rowing brand. It’s not just about the financial resource we put behind rowing, but also spreading the sport of rowing across the country, through development, schools, billboards, sponsoring regattas, university level, grassroots etc.”

Badenhorst is also encouraged by the digital engagement its rowing property has generated – in particular, RMB has been celebrating the success of the ‘Story of Courage’ documentary it funded this year, telling the story of the SA national squad.

According to Badenhorst, the documentary generated over a million views and opened her eyes to the greater reach and engagement levels social media platforms are able to deliver, versus the more ‘traditional’ channels such as television, and at a fraction of the cost.

“Businesses and corporates are now media owners, in a sense, with their own social media channels,” she says. “So, it also becomes a numbers game, in terms of commerciality and being able to drive a lot more value for your sponsorship, whereas in the past you might have your sponsorship or rights fee and you would maybe spend twice that on leveraging the sponsorship. Now you don’t necessarily need to do that – you can be one to one, or even one to less, just because of the way digital has evolved, and corporates and businesses have access to audiences that they continue to grow over time.”

The rowing audience is clearly growing, but it remains an elite and niche sport that requires resources and financial investment, at all levels. As it stands, and according to Barrow, there are only approximately 2,500 active rowers in South Africa, with about 2000 of those at school. One of the reasons RMB continues to sponsor rowing in South Africa is that it wants to see the sport developed and taken to more under-privileged communities, and kids exposed to it.

That’s what it is trying to achieve with the ‘Learn to Row’ programme, which involves taking ergometers or indoor rowing machines to rural communities, to get people to start rowing where there’s no water.

So, the development aspect is a key pillar to the RMB rowing sponsorship. But, beyond that, it’s taking the rowing message to a wider audience, because, the chances are, if you don’t have a TV, are not a sports fan and have watched the Olympics, or you don’t attend or have attended a private school, you probably won’t know much about rowing.

“There’s definitely more we can do to increase the awareness of rowing and that’s a work-in-progress from our side,” says Badenhorst. “But, in many markets you’ll find the media defaulting to the primary sports – here in SA it’s the ‘big three’ – and there are some incredible minority sports, such as swimming, netball, women’s sport etc that don’t necessarily get the platforms, and we need to be sharing and growing those stories.”

She also believes that South African rowing doesn’t get the credit it deserves, particularly due to its limited resources and budgets, and it’s tough to disagree with that.

For now, though, Badenhorst says RMB is happy with where its money is.

“It’s a very strong partnership and it’s one of the sponsorships that works well and hard for us as a brand.”

From a South African Rowing perspective, here’s hoping that continues.