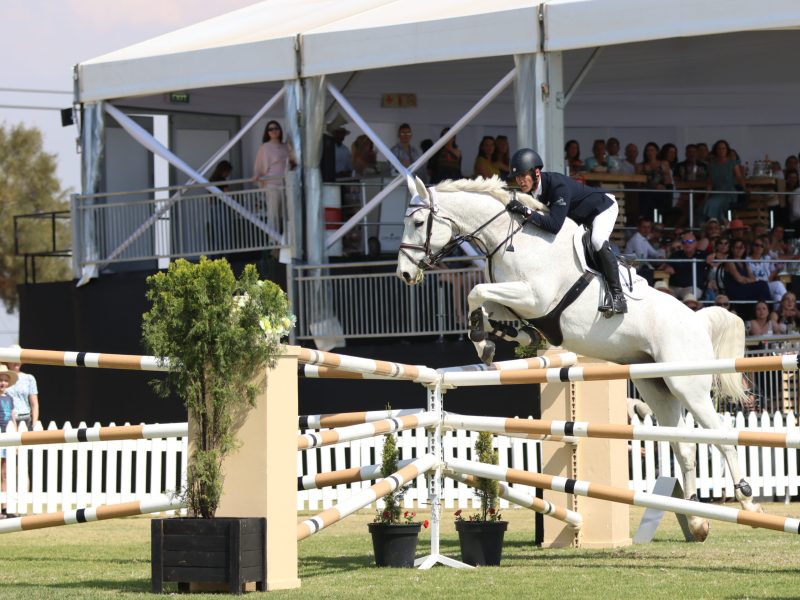 Toyota South Africa Motors has entered into an agreement with the Kyalami Equestrian Club and will take up the headline sponsorship of the annual Equestrian Easter Festival.

The main event at the festival is the SA Outdoor Grand Prix, which has been running since 1975, but was forced to take a mini-hiatus in 2020 and 2021 due to the Covid-19 pandemic.

“We are proud to add equestrian sports to the wide portfolio of sponsorships we are involved in, as TSAM. As the new official sponsor of the annual Toyota Equestrian Easter Festival, we share the Kyalami Equestrian Club’s vision of encouraging and inspiring all participants in the sport to push past their limits. In fact, this is similar to the message we have communicated through Toyota’s first global marketing campaign called ‘Start Your Impossible’, which was launched in 2017 when we announced our involvement in the Olympic and Paralympic Games,” said Glenn Crompton, Vice-President of Marketing at TSAM.

The professional 10-day horse show will once again consist of Dressage, Equitation, Showing and Show Jumping.

“I cannot adequately express my sincere gratitude to Toyota for onboarding this event – and I do believe I say so on behalf of the entire equestrian community,” said Anne-Marie Esslinger, Chairlady of the Kyalami Equestrian Park. “Such a partnership shall allow us to offer more to the professional riders, greater thrill to the fans and still open the door to the first-time competitor. The horsemanship on display aligns itself to Toyota’s core values, namely communication, respect and integrity, and I have no doubt that 2022 will be our best yet.”

Over the years the show has incorporated a host of other activities, such as Lipizzaner displays at the gala evenings, dog shows, vaulting and western riding, along with family-friendly activities such as a Toyota vehicle parade, a kid’s zone and a variety of food and market stalls.

The highlight will be the SA Outdoor Grand Prix, which will be hosted this year on Monday 18 April in the Bob Charter arena at 14h00. The two-round competition sees the first round being set over 12 or 13 fences, including a water jump, a double and a treble combination. It’s the top 24 riders who will compete in this final event, with an estimated six to eight riders qualifying for the jump off.