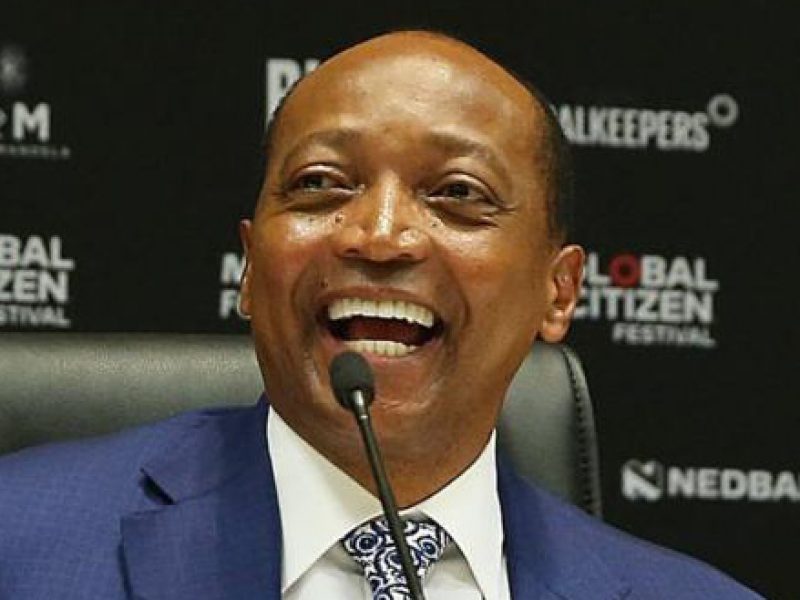 On 15 May 2004, in Zurich, FIFA President Sepp Blatter opened the envelope that revealed South Africa would host the 2010 World Cup. This would be a game-changer, not just for a country which had emerged just a decade earlier from Apartheid, but for an entire football-mad continent.

In June and July 2010 – despite no shortage of Cassandra figures in the European media – the competition proved to be a dazzling success. Shakira sang ‘we are all Africa’, fans blew their vuvuzelas and 900 million viewers around the world tuned in for the final between Spain and Holland. The future looked bright.

Fast forward 11 years and African football finds itself facing an existential crisis. Widespread corruption was, and remains, a constant challenge for those running the game (bribes even helped secure the South African hosting), but the scale of the current debacle is down in large measure to questionable decision-making by the Confederation of African Football (CAF) and FIFA, football’s world governing body.

In particular, it is down to CAF’s 2019 decision – under pressure from FIFA – to cancel a contract worth $83m a year with the Lagardère Sports marketing company that largely underwrote the finances of the game on the continent.

The decision followed a 2017 ruling by the Egyptian Competition Authority that the agreement breached Egyptian competition rules and a 2019 audit into CAF conducted by accountancy firm PricewaterhouseCoopers, which concluded that CAF should consider renegotiating the contract. The cancellation is still subject to a legal challenge by Lagardère.

CAF now has a problem: commercial revenues have largely dried up. Lagardère’s four main partners – Orange and Total for sponsorship, SuperSport and beIN Sports for broadcasting – are not thought to have signed new deals with the governing body to replace the scrapped Lagardère deal. Local experts say that even if CAF’s partners renew, there is little chance they will do so at the fees they originally committed to when signing, between 2016 and 2017.

As one local media rights executive put it: “Those deals were done at the height of competition in the market in sub-Saharan Africa. [Pay-TV company] Star Times was acting aggressively and [telco] Econet was buying up rights. SuperSport was very defensive and paid a lot. And it was not like now in Mena, where beIN has no real rivals. It was still a competitive market. I have heard or seen nothing to suggest CAF or FIFA carried out any due diligence on prevailing market values before scrapping the contract.”

He added that deal values would also be reduced by the shorter contract period now on offer, from 2021 to 2024. Most long commercial rights deals are back ended, with agencies paying more in the later years of a deal. The original CAF-Lagardère deal ran from 2017 to 2028. “If you go to the market with a three or four-year term, instead of a 12-year term, it’s a much harder sell.”

It is thought that the Infront agency, which had originally bid aggressively against Lagardère, declined to take over the master contract.

The confederation’s flagship competition, the Africa Cup of Nations, is due to take place next January in Cameroon, having been rescheduled from this year due to Covid-19. There are currently no broadcast deals in place and there is nobody to deliver the competition on the ground, as Lagardère would otherwise have done.

“CAF has been dependent on an agency for 30 years,” one local media executive said. “Now they have to do it by themselves. That means building a team from scratch. In the short-term, they are trying to rely on the relationships with suppliers that Lagardère put in place. You’ll see a lot of ad hoc outsourcing for technical and organisational functions, especially around the next AFCON, and they will probably get away with that. But they need an internal staff that is fighting every day for the product.”

FIFA President Gianni Infantino has a pet project to dig the African game out of this hole – a pan-African club Super League. But there is widespread scepticism among African football figures as to whether such a plan can work. The plan requires 20 clubs prepared to pay $20m to join.

FIFA’s other main intervention was to take over, in 2018, the sale of the commercial rights to the qualifiers to the 2022 and 2026 World Cup from the 54 African members. FIFA is struggling to agree deals, and struggling to get paid in the few deals it has signed.

Further, several federations have lost income because of the centralisation. When agreeing to allow FIFA to sell the rights, they had to forgo deals they had already agreed with national and local brands for perimeter advertising. Not having rights deals in place also means that there is no host broadcaster for the games. The domestic rights-holder in each market is usually also the host broadcaster.

One of Motsepe’s first steps has been an appeal to African broadcasters to redirect budgets from competitions like the UEFA Champions League and England’s Premier League to local competitions. This looks certain to fall on deaf ears unless backed by governments. As one local federation official put it: “We can’t spend that money on football abroad when we are desperate for money to develop football at home. Without regulation, the pay-TV broadcasters will keep investing in European football. The huge growth of online betting among young people will only drive this. They are all betting on European football, not African football.”

In February 2020, FIFA announced that its six-month mission to help CAF implement a reform of African football had been “successfully completed”. Targets included the “mobilisation” of a $1bn fund to invest in infrastructure, the creation of a group of professional referees, a 100-point governance overhaul and the creation of new competitions, most eye-catchingly, a new pan-African Super League.

FIFA said: “The new pan-African club competition, proposed by the FIFA President, would comprise 20 permanent member clubs and would be supported by additional clubs that qualify via regional competitions. The permanent member clubs would be urged to provide an investment of $20m to the project annually over five years, taking their total investment to $100m. They would also have to meet other participation criteria such as investment in youth and women’s football. In this way, the competition would have the potential to generate a revenue of $3bn over a five-year cycle – and would also create the conditions for African football to be able to retain some of the most talented players in the continent.”

It is very difficult to find any rights experts, inside or outside Africa, who share FIFA’s optimism. The first challenge is finding 20 African clubs who could afford to join. The second would be delivering a high-quality tournament on the ground. The third would be to find sponsors and broadcasters who see a premium value in the competition.

The revenue figures appear to be largely a personal estimate by Infantino. FIFA and CAF are now working on formats and valuations, but a complete, costed business plan does not yet exist. One senior agency executive who sells premium sports content in Africa said the competition’s commercial value could not reach $50m per year. Another expert said the project would only happen if FIFA could bring in a wealthy backer, either from private equity or from a sovereign wealth fund, to underwrite it.

CAF cancelled the Lagardère contract after having commissioned the PwC report. The report – which has been seen by SportBusiness – is damning, both about the way the deal was agreed and the management of CAF finances more generally.

It makes the following points:

The report concluded: “CAF would have potential liabilities in coming years arising from the ongoing litigations. With these situations, it is imperative that CAF ensures that it gets maximum value from the commercialisation of its marketing and media rights in the coming years, which may require reconsidering its marketing strategies and renegotiation of the agreement with Lagardère Sports.”

On the wider running of the confederation, the report says CAF accounting was “unreliable and not trustworthy”, and highlighted “several red flags, potential elements of mismanagement and possible abuse of power” in key areas of finance and operations.

Agency, broadcast and federation executives canvassed by SportBusiness admitted to seeing the same picture in African football they saw over a decade ago: enormous potential, largely unfulfilled.

One senior agency executive painted a bleak picture: “It’s sad to see but everybody is in it for themselves. Nobody has anyone else’s back. There is no real partnership between federations and leagues. The management of the leagues is poor. There are many times where you sign a contract and get all excited but then the broadcaster doesn’t pay. And there is no cross-border interest, unlike in Europe. A football fan in Tanzania has no interest at all in football in Malawi.”

They added: “Football in Africa should be a huge business. But the on-paper dynamics – the growing economies, the young population and so on – don’t translate into business practice. Everybody looks at Africa for the new dawn. But it’s a really hard place to do business. CAF has a future and there is a way out through proper governance, through re-establishing itself as a federation that can be taken seriously and trusted.”

A common view is that Motsepe is a smart man with an agenda, who doesn’t do things for the sake of doing them. Jordaan has the experience of putting on a successful World Cup. And the new regime has FIFA’s backing. So change will come. But it might be another decade before Africa enjoys the fruits of it.