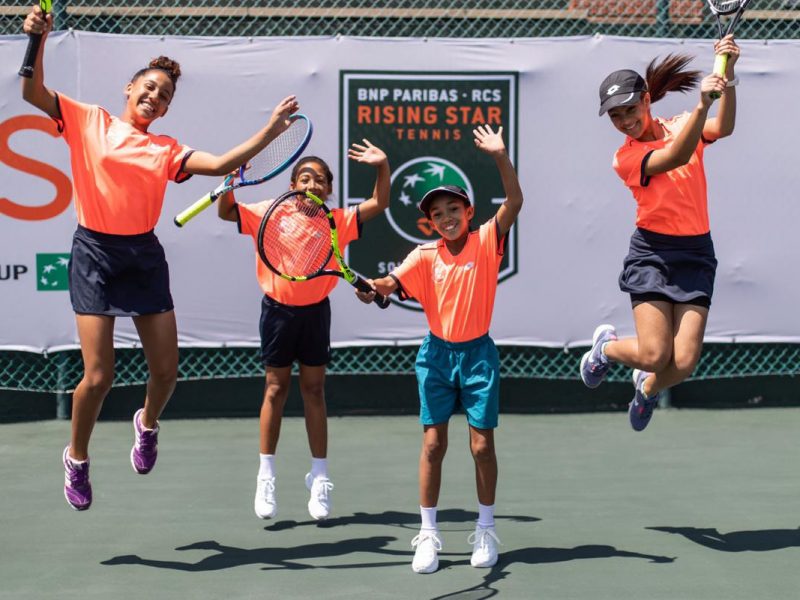 BNP Paribas and its consumer finance subsidiary RCS have announced the extension of their partnership with Tennis South Africa.

That’s as they enter the second year of their nationwide school programme, the BNP Paribas RCS Rising Star Tennis competition, which in 2019 involved close to 400 schools. This year the competition will see the inclusion of high school players and a wheelchair category, alongside the existing primary schools competition.

The 2019 BNP Paribas RCS Rising Star Tennis competition, which was played over seven months, reached over 2,000 children across all nine provinces. At the series finals, held at the Arthur Ashe Tennis Centre in Soweto, Grey College and Oranje Meisieskool, both from the Free State, emerged victorious in the boys’ and girls’ divisions, respectively.

Kevin Anderson, the former world No. 5, will continue to play a role as the main ambassador and face of the national schools events.

“It is extremely encouraging to see BNP Paribas and RCS coming on board for a second year to give opportunities and kick-start the development of many more future South African tennis stars. Together with BNP Paribas, RCS and Tennis South Africa, I would like to see more kids in South Africa take up tennis, fall in love with the sport, and reach greater heights,” he said.

“The success of the 2019 BNP Paribas RCS Rising Star Tennis competition surpassed all of our expectations, and this year we aim to celebrate and support tennis all the more in South Africa with the inclusion of secondary school students,” said BNP Paribas South Africa Head of Territory, Vikas Khandelwal. “As a global sponsor of tennis, BNP Paribas understands the transformative effects of sport on young people, and this initiative ties in with the bank’s corporate commitment to the younger generation.”

Though the nation is still emerging from a lengthy lockdown, due to the COVID-19 pandemic, the Rising Star Tennis programme provides a platform for children to return to outdoor activity while observing various health and safety protocols, including social distancing.

“We are very fortunate to have BNP Paribas and RCS as partners for local tennis,” said Richard Glover, CEO of Tennis South Africa. “Both brands are passionate about making a tangible difference with their sponsorship and the year two expansion, to include high schools and wheelchair tennis, is a clear sign of this deep commitment.”