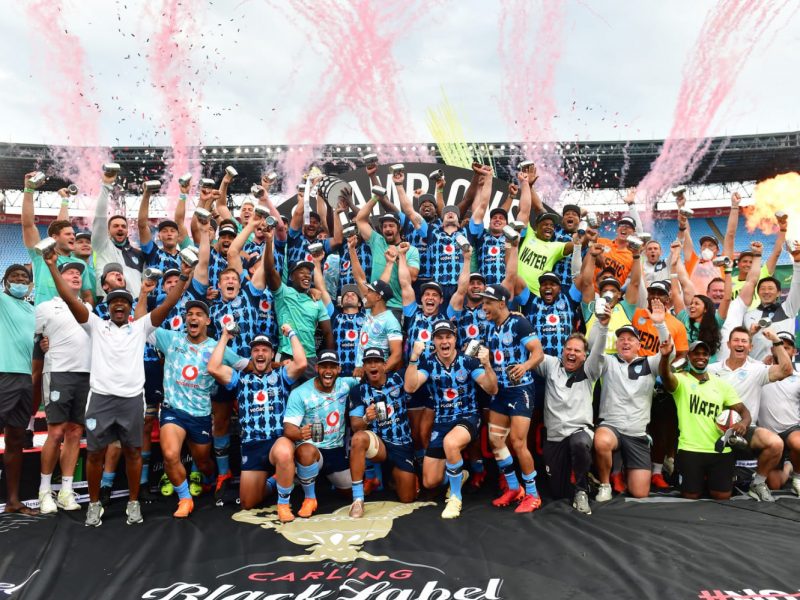 The Vodacom Bulls are South Africa’s domestic success story of the past two years, having dramatically turned their fortunes around to emerge as the country’s leading – from a results point of view – rugby franchise. So, how did they do it?

It’s the question he says he gets asked the most, but it’s one he’s clearly got used to answering.

By “he” I mean Blue Bulls Rugby Union President Willem Strauss, and there’s a good reason he gets asked that question.

The Bulls are the reigning Currie Cup champions – their first triumph in the competition since 2009 – having seen off the Sharks in the final earlier this year, and this was off the back of the franchise winning Super Rugby Unlocked and the South African Rainbow Cup conference. They came unstuck against Benetton in the final of the Rainbow Cup in Italy, but that took none of the gloss off what was a stunning few months for the Pretoria outfit.

“The first thing we did was to create a very definite split between professional and amateur rugby, and to make sure each is run accordingly well,” says Strauss. “At the amateur level, we invested in the structures there and made the school and club rugby in the region strong again. Then we brought in world-class shareholders such as Patrice Motsepe and Johann Rupert, identified a world-class coach in Jake White, and finally, we brought in a world-class CEO in Edgar Rathbone. I don’t know of a better team than Jake and Edgar when it comes to putting together a squad that has so much depth to it.”

No arguments there, and whilst Strauss has been pulling the strings in the boardroom, there’s no doubt that the Bulls’ masterstroke was in convincing White to return to South Africa and lead the franchise’s on-field turnaround.

“There’s no secret and there’s no magic formula,” said White, speaking to IOL earlier this year. “The hard work is constantly being done by the players and management, but if you are looking at consistency in how we are getting results, I would list: selection of the best management staff, a balanced playing squad, and alignment with the union’s President Willem Strauss and the CEO Edgar Rathbone as critical to the success.”

White and Strauss could be singing from the same hymn sheet and it’s clear that the two are on the same page with regards the way forward for the Bulls.

White, though, must take credit for many of the structures put in place. That includes his contracting of Duane Vermeulen, Gio Aplon and Morne Steyn, along with luring Nizaam Carr, Arno Botha, Marcel Coetzee and Johan Goosen back to South Africa, with White’s belief that these players still had plenty to offer.

And so it has proved, with that experience blending seamlessly with the young talent coming through in Pretoria.

“You coach to win and your players compete to win,” said White. “But improving players and adding to their growth as people are also victories and if we as a coaching and management team can do that, then the national coaches also benefit from a stronger Bulls player and Bulls team. If the Bulls win, then the Boks by extension win.”

HAVE YOU READ?: Opinion – Squash Should be an Olympic Sport

This is not the first time the Bulls have turned things around.

From a winless 2002 Super 12 season, when the Bulls finished last, they went on to win he first of their three Super Rugby titles five years later, with coach Heyneke Meyer at the helm. Meyer’s systems were also credited for the 2009 and 2010 titles, even though he had moved on into a managerial role – but kept ‘advising’ Frans Ludeke, who was the coach at the time.

“Players want to be part of a winning culture,” says Strauss, who since moving from Interim President to occupying the post full time in 2018 has been on a mission to revive the glory of the Bulls. “As President, I enjoy the fact that so many of our players are home grown. We’re keeping our local structures strong so that we keep creating a stable and dynamic environment for the team. We don’t buy players. Players buy into us. They buy into the culture of excellence and the legacy of the Vodacom Bulls. It’s as simple as that.”

Those structures include paying close attention to the pipeline of talent feeding the Bulls professional organisation, with White known to spend many hours on the sidelines of rugby fields throughout the broader Pretoria area, scouting for talent.

He, Strauss and Rathbone are also of the opinion that club rugby remains a crucial component in that development pipeline.

“Players who compete in the amateur Carlton Cup club structure are also getting a taste of professional rugby and it is very important to me, the president (Willem Strauss) and Edgar (Rathbone) that the professional structures recognise the Carlton Cup environment and have an alignment with them,” he told IOL. “The Carlton Cup has a rich history and our professional players must know the history of the province to know what the jersey means and the significance of the daisy on our crest.”

But it’s on the rugby field that the Bulls have a long history of winning and dominant teams, covering both the Currie Cup and the various iterations of Super Rugby.

The Bulls remain the only South African team to have won the Super Rugby title and have done so three times – 2007, 2009 and 2010 – whilst their 24 overall Currie Cup victories are second only to Western Province’s 34, although Province won 16 of those titles before the Bulls – or Northern Transvaal – even existed. In fact, since 1968, when the Currie Cup became an annual competition, the Bulls have won 22 titles, including four shared, to Province’s 13.

“I’ve had players from other teams tell me that when they play at Loftus Versfeld, it feels like the combined history of all of those great Vodacom Bulls players is out on that field playing against them as well,” says Strauss. “Loftus is like a colosseum in that sense, and our fans make that atmosphere even better.”

A winning team no doubt helps and White appears intent on ensuring the Bulls remain successful for some time to come.

The final word, though, goes to Strauss, who has lofty plans for the Bulls.

“Our vision is for the Vodacom Bulls to be the best provincial team in the world, on and off the field,” he says. “We strive for a culture of excellence here because that’s our history.