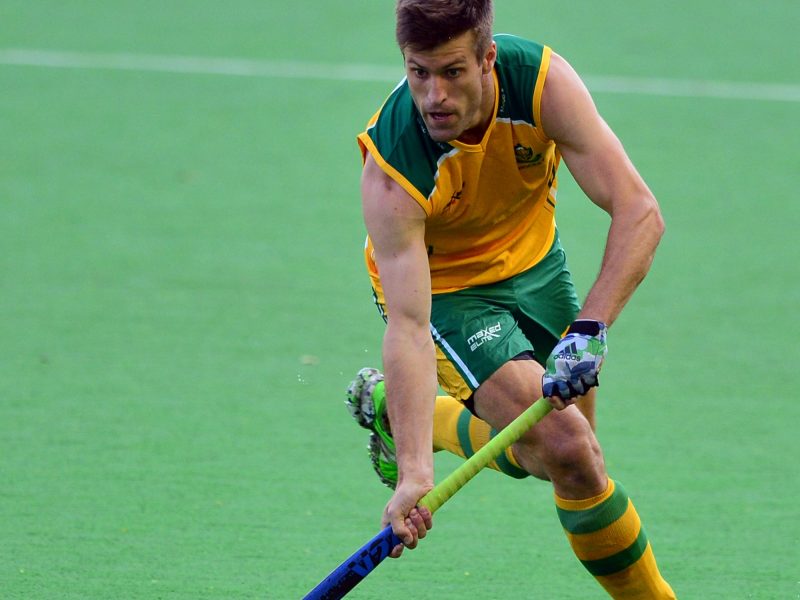 A social media post from former national hockey player, Lloyd Norris-Jones, has prompted a debate about what high-performance model South Africa needs for its national teams to climb the rankings and challenge the world’s top hockey countries.

Norris-Jones says he doesn’t want to “be the bloke at the bar drinking at 3pm on a Tuesday, talking about ‘what could have been’.”

Instead, he only wants what’s best for SA Hockey, and, having retired in 2019 after winning 140 caps, has no other agenda, other than wanting those who have succeeded him at international level to fulfil their potential and not seek greener pastures abroad.

“SA Hockey can create high-performance with zero funding,” he says, addressing one of the major issues facing SAHA, as it looks to create a financially sustainable environment in which South Africa’s men’s and women’s national teams have the backing to allow them time together to prepare for major tournaments and international matches.

This, according to Norris-Jones, is one of the biggest challenges currently facing the country’s elite men’s and women’s teams – time together to build cohesion.

“Teams that train together don’t just compete, they win consistently,” he says. “Great examples are Argentina and Belgium. When I first played them in 2006, we beat these teams often. So, what has changed? Well, they both now have national programmes.”

Those countries are also now significantly higher in the men’s world rankings than South Africa. In fact, the Belgians are currently the world’s number one-ranked men’s team, whilst the Argentinians are fifth. South Africa are down in 14th spot, whilst the country’s women’s team is currently ranked 16th.

So, if creating a quality national programme is the solution, according to Norris-Jones, how does he propose going about that?

His solution, according to his social media post, is based on the Australian hockey programme, where players have to base themselves in one city/region.

“For the Aussie programme, if you are not in Perth, you risk not being selected,” says Norris-Jones.

He puts forward the following plan:

“While this solution creates more admin for SAHA, it certainly offers a solution to the biggest issue that we face as a sport in South Africa – funding,” says Norris-Jones. “With success at major events and a high-performance game plan, finding a sponsor would be a bit easier, because corporates want to see a plan for their investment. They would be more inclined to sponsor a national programme that doesn’t cost them a fortune, as travel and accommodation costs for national camps are not necessary.”

Norris-Jones makes it clear that he doesn’t believe his proposal is the ‘silver bullet’, but wants it rather to be seen as the kickstart to a conversation around trying to create a more high-performance-orientated environment for South Africa’s two elite teams.

His proposal has received mixed responses, with one source who has worked closely with SA Hockey suggesting Norris-Jones’s ideas are not completely original, as a similar concept was presented to SAHA a few years ago.

This has been confirmed by SAHA CEO, Marissa Langeni.

“These discussions have never gained traction for various reasons, but mainly because of the amateur status of the game in SA and the logistical challenges that come with it,” she says. “Our players receive sports bursaries from universities across the country and have obligations to those institutions, others are based at certain institutions that specialise in their preferred courses, and the rest are employed full-time within corporate SA and at schools.”

Another former national player, and currently commercial manager consulting to the SA men’s team, Brett Tucker, says he also put forward a similar proposal in the past, and actually went as far as to explore the possibility of basing the men’s and women’s national squads at a prominent Johannesburg club, along with investigating the viability of the squads being housed in a nearby hotel.

Tucker says he proposed creating ‘windows’ over certain months at the start of the year for international matches, with other dedicated windows later in the year for South Africa’s top players to travel abroad to play in European leagues, which, he believes, would keep South African hockey strong.

There are also concerns about Norris-Jones’s ‘zero funding’ claim, with suggestions that it would still take some sort of financial investment to sustain.

The belief is that it might have merit, should the national squads be made up of youngsters in their late-teens and early-20s, without family and work commitments, and who don’t have lofty financial expectations or needs. But, consider those players building corporate careers around their hockey commitments, making a simple move to Gauteng and giving up an existing ‘non-hockey’ career not as simple as it sounds, unless it’s financially-attractive. Further, there’s the fact that you would have to try and keep national squad members in their late-20s and early-30s – who have families – financially compensated, beyond what they would earn from the schools they service, as part of Norris-Jones’s proposed model.

“Financing is the major challenge, and the idea of combining with schools is sound, when the players are younger, but I don’t necessarily believe that keeping players out of the working world after their student years is practical or in their long-term best interests,” he says. “That’s particularly because in SA our experience as international players tends to peak at a later age.”

Instead, Ewing favours something a little different.

“In SA I believe we could benefit from a hybrid system that allows us to work with our players at set times every year, at a national training centre on pre-set dates, and where we cover their expenses for that time, so that they can work remotely or take unpaid leave, if necessary,” he says.

“If we balance this training time with a consistent number of international matches every year, we can maximise our contact time with an extended squad, while giving players test match experience throughout the year. This, combined with making sure that every player spends time being paid to compete in the best leagues in Europe (for at least part of their career), will allow us to give the team as much exposure to quality hockey as possible.”

Another former national player and long-term hockey administrator, Wayne Phillips, believes another type of ‘quality hockey’ could be obtained elsewhere and even closer to home.

“In 90% of other nations there is almost no provincial/state hockey,” he says. “It’s all club-based, which reduces the layers between the hockey player and the national body. Whereas in SA, we have about six ‘layers’, all with their own little empires: schools, tertiaries, clubs, provinces, PHL franchises, masters and national, PLUS a whole lot of privately-owned individual franchises springing up and operating in parallel (polite for direct competition?) to the objectives of SA Hockey.”

Phillips is clearly a champion of club hockey – and tournament director of the Belgotex Elite Club Challenge – and wants to see South Africa’s elite players rather playing competitive club competition week in and week out.

“Our structures are really complex at the moment,” he says. “But, they are relatively simple to address, if people would just be prepared to put their pride in their respective pockets and see the bigger picture!”

It’s been pointed out that South Africa’s sevens rugby set-up in Stellenbosch is the only true high-performance programme in the country worth noting, but that it requires significant financial investment from SA Rugby to maintain.

Having said that, there’s a reason the Blitzboks are one of the world’s top sevens rugby teams….

Norris-Jones says he’d love to brainstorm his idea, and according to SAHA, it is open to engaging with him.

“We have an established high-performance committee and we would be keen to engage further with Lloyd on this topic,” says Langeni, whilst cautioning that “a centralised programme has proved beneficial to other countries and would most certainly improve hockey in SA, but we need to mind ways to overcome the challenges that goes with this approach. As it is, we have a large base of national squad players both senior and under-21 based in Gauteng and Western Cape.”

At the very least, Norris-Jones’s comments have stimulated debate, and for those with a love of South African hockey and a desire to see it successful, that can only be a good thing.