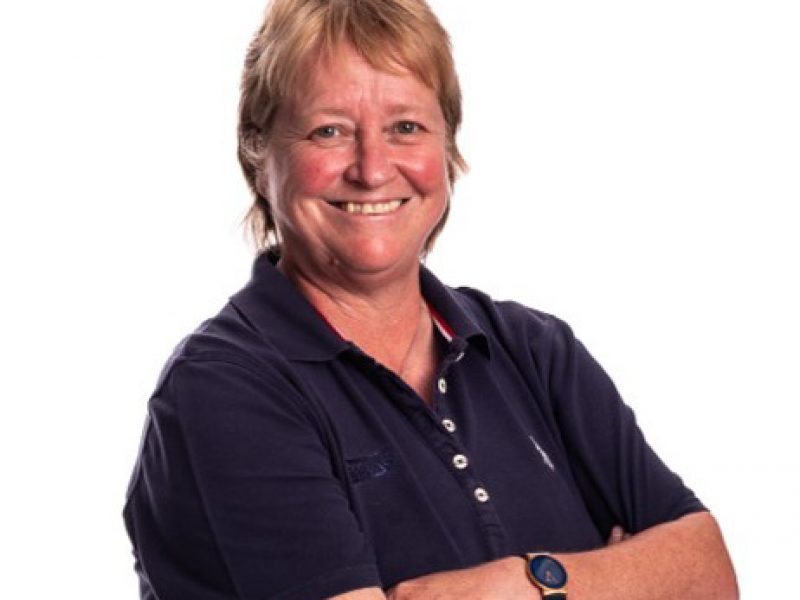 Getting to Know – Karen Smithies

She’s a former World Cup-winning England captain, but for the past 23 years has been a cricket administrator in South Africa with the Titans, and currently holds the position of Team Administrator/Manager. But, it’s been an interesting journey.

Q: As a former England captain, how did you end up as a cricket administrator in South Africa?
A: The South African women’s team toured the UK in 1997 – their first tour since readmission – and it was also the first time we played in trousers, not skirts! On that tour I met a lot of South Africans and that was where my relationship with the country was born. I saw a lot of them again at the World Cup that year and they were keen on me coming to SA in 1998 to potentially play and coach cricket, firstly in and around the Pretoria area. The late Colin Dettmer, who ran University of Pretoria cricket, invited me to come and play and coach their women’s section between 1998 and 2000. I obviously loved South Africa – it’s not like Coalville, where I’m from in the UK, a mining town on its way out. Around 2000 I retired from international cricket and wanted to go into coaching, so I did my level 3 coaching qualification in Bloemfontein in 2001 or 2002, having done my level 1 and 2 with the ECB, prior to coming out to SA. In 2003 I got the nod from the Northerns Cricket Union to come and coach their women’s senior team, and the rest is history, as they say.

Q: When did you move out of coaching for the first time?
A: It was quite a challenge at the time, as I came from a very professional environment at the ECB into an environment where women’s cricket wasn’t really important for the unions or CSA, including from a funding point of view. Having said that, it gave me some insight into what could be achieved with very little. Part of my role was to go into the various townships around Pretoria and during that time I came across many talented players, but the resources and structure were lacking. Around 2006, Richard Pybus, who was coach of the Titans men’s team at the time, approached me to come across into the admin side of things as Team Administrator. It was an eye-opener as to what goes on behind the scenes, which I had no clue about, but I did learn to turn on a computer eventually! It was just a great opportunity for me to be in a professional environment again and it was actually easy for me. That’s because I’ve always been able to relate to the players.

Q: Is that the position you hold today?
A: I’ve moved a bit more into the managerial side of things, as well as taken on a venue management role at SuperSport Park. That includes running the changing rooms and match officials areas when we host internationals. I really enjoy that, although the Titans’ Manager is my main role.

Q: What does your daily routine look like?
A: It varies, but right now, many people think the winter is our quiet time, when it’s actually my busiest time, particularly now that we’re moving into a different domestic structure. That includes different branding, new players, new support staff. Even today, I’m looking at designs for clothing and ordering helmets from the UK, which includes sorting out branding and getting sponsors’ logos etc. We’re also organising a pre-season trip to Namibia, which involves sorting out visas, itineraries, clothing etc, and then there’s all the Covid stuff and bio-secure bubbles, as well. We’ve also got a Test match scheduled for Boxing Day, so you need to start planning at least six to eight weeks in advance, including getting menus off to teams, staffing, practice schedules etc, and then my Titans guys could be travelling somewhere at the same time. It’s very busy, but very enjoyable.

Q: What impact has the coronavirus pandemic had on your job?
A: It’s had a massive impact. For example, I’m the kind of administrator who likes to make new people feel welcome, in person, and we couldn’t do that, really, last year, with new players. We obviously used tools like Zoom, but it’s not the same, and a lot of things were put on hold last year, for a long time. Then, when things did resume, we had to make sure things were organised, from an operational point of view, in liaison with the team doctor. That included when they trained, travelled, played, making sure they were educated and had all the knowledge they needed, as well as reminding the players what they needed to do. Then it was the testing every week and living in a ‘bubble’, which is not easy. We did things like put gym equipment on their floor in the hotel in Durban, for example, and made the players as comfortable as we could. But, they were still stuck there with a mundane routine, and I couldn’t be there to check on things, liaise with hotel staff on food etc, which meant it was left to the coaches, which was not ideal.

HAVE YOU READ?: Getting to Know – Garth Milne

Q: Any cricket administrator mentors or people you’ve looked up to or admired?
A: The late Elise Lombard, who was the CEO at the Titans – she really set the standard for me. She just loved the Titans players and treated them like gold and with such respect, and it gave me a snapshot into how to work in a professional team environment. Then there’s Jacques Faul, our current CEO. So, Elise, on the ‘caring’ side of things, and then Jacques on the business side of things, and I’ve been fortunate to have both influences, in terms of my growth and development. I’m also very proud of Clare Connor, my former England team-mate, the current Managing Director of Women’s Cricket for the ECB, and the incoming MCC President – the first in its 233-year history! We played a lot of cricket together and it’s been amazing seeing her growth in the various roles she’s taken on – a journey I’ve learnt a lot from, as well.

Q: What about your experiences as a woman working in a predominantly male environment?
A: In the team environment, because I’d played at a high level, I got the respect, and vice versa, and it was an easy transition for me. There was always that respect and they would say, “well, at least you’re a World Cup winner”. So, they knew I had something value to offer. I was fortunate to be there in the early days of the careers of the likes of Faf, Morne Morkel, Albie Morkel, AB, Dale Steyn, and it was great to build relationships with these guys. Moving more into administration, it is still very male-dominated, but I now have the confidence to push back when I need to or disagree when I need to. That comes from growing into the role. But, yes, particularly in South Africa, it is still very much a male-dominated society.

Q: Once sport in general is back up and running fully, post-Covid-19, do you anticipate change, in terms of how it is run, consumed, commercialised etc?
A: We’ve had almost two years of no crowds, fans, and interaction, so when we do get back out there, we’ve really got to put on a show. We’re looking forward to the new structure, the new brand, and a bit of a clean slate. What I’d like to see is, perhaps, greater integration of the men’s and women’s games and push professionalism in the women’s game here at the Titans, particularly with the Proteas Women flying the flag for South African cricket.

Q: You were recently selected for the ICC’s 100% Future Leaders Programme. Do you know yet who your mentor will be and what do you hope to get out of the programme?
A: Not yet. We took the angle from where I’m at SuperSport Park and the venue. One of my ambitions is to be involved in a really big event, as one of the main organisers. So, from that angle, it would be to work with someone in events, but also from a commentary point of view. Communications was never really something I enjoyed, until my recent stint commentating on the SA v Pakistan women’s series in Durban. It’s something I need encouragement and confidence, but it’s something I’m keen on.

Q: Earlier this year you took Cricket South Africa to court, challenging the process of the appointment of the national women’s team manager position, which you were overlooked for. Can you provide an update on that legal challenge?
A: No, I’m afraid. It’s still, obviously, with the lawyers and there has been very little communication from CSA. I guess it’s still on hold, for now.