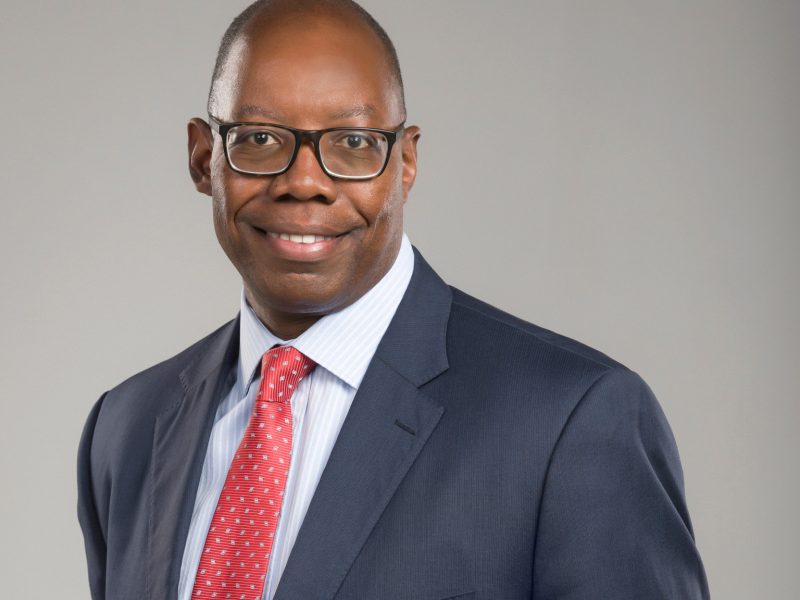 Getting to Know: Victor Williams

Former investment banker, Victor Williams, was named CEO of NBA Africa in August. Williams is a dual citizen of Sierra Leone and the United States and is based at the league’s office in Johannesburg, where he is overseeing the league’s basketball and business development initiatives in Africa.

Q: As CEO of NBA Africa, what are your areas of responsibility?
A: I am responsible for continuing to grow the popularity of basketball and the NBA across the continent through grassroots development, media distribution, corporate partnerships and the launch of the Basketball Africa League (BAL), among other initiatives.

Q: How has your investment banking background prepared you for your new role?
A: As a banker, I helped clients develop business and financial strategies for growing their businesses, initiated and nurtured high-level relationships, and negotiated complex financial transactions. I built and developed teams, lived and travelled extensively across the continent, led the expansion of my firm’s business into new African countries,  and delivered strong financial results. Working in different international environments, within different cultures and with people of various backgrounds, has helped me grow as a leader.  All of these skills and experiences will help me greatly in my role of defining the strategy for NBA Africa. As a native of Sierra Leone, I am passionate about Africa and have seen first-hand how sports – and basketball in particular – can serve as an economic growth engine for the continent. I look forward to working with my colleagues at the NBA to expand the basketball ecosystem in Africa and use the game to contribute to further growth and development across the continent.

Q: Do you have a sporting background, in terms of participation, or are you more of a fan? If so, what’s your favourite team, in both basketball and another favourite sport?
A: I have always been passionate about sports. I’m an avid runner and enjoy long-distance runs. I have been a basketball fan since I was 17 and followed the NBA passionately even before starting my current role. Growing up I really enjoyed watching the Los Angeles Lakers, but it’s hard to pick one team, especially after watching so many exciting performances throughout the season restart. One of my favourite teams outside of the NBA is Tottenham Hotspur of the English Premier League.

Q: What impact has the coronavirus had on the NBA product here in Africa?
A: With various restrictions across most of the continent, we have not been able to conduct our typical in-person activities and youth programs. Also, when the pandemic hit we postponed the launch of the Basketball Africa League, which was initially set to tip off in March. However, we quickly pivoted and developed innovative ways to engage fans, players and partners by providing new opportunities to consume NBA content and stay connected to the game. For instance, throughout the NBA restart, award-winning South African music artist Sho Madjozi hosted NBA Africa Game Time, a bi-weekly lifestyle and magazine show on ESPN and the NBA Africa YouTube. It was great to see our passionate fans closely following the NBA restart, culminating with the NBA Finals between the Los Angeles Lakers and Miami Heat.

Q: What impact has ‘The Last Dance’ documentary miniseries had on interest in the NBA in Africa?
A: The Last Dance was one of the most-viewed programs on Netflix in South Africa when it launched. It was exciting to see the show trending across social media platforms here in South Africa every Monday, as long-time NBA fans reminisced on a great era of basketball and younger fans were introduced to the greatness of Michael Jordan and the legendary Chicago Bulls dynasty.  The Bulls have been one of the most admired teams around the world, including in Africa, and I hope the documentary provided a source of inspiration and excitement to both our fans and people who don’t follow basketball regularly.

Q: Which African countries are showing the greatest interest in the NBA?
A: It’s difficult to pinpoint a few countries as there is a great passion for the game across the entire continent. Countries like the DRC, Nigeria, Senegal and Cameroon have had strong representation in our league for decades. I’d also mention Angola, Tunisia and Egypt as leading forces in African basketball. Lastly, it’s important not to underestimate the impact that three sold-out NBA Africa Games in Johannesburg in 2015 and 2017 and Pretoria in 2018 had in growing the popularity of the league here in South Africa.

Q: What’s the commercial proposition of the NBA in Africa and how does it generate revenue?
A: In general our revenue comes from the distribution of NBA games across traditional media channels, corporate partnerships and merchandising. One of our key initiatives is the launch of the BAL in partnership with the International Basketball Federation (FIBA), which marks our first collaboration to operate a league outside of North America. We think that in time, the BAL will drive transformational change in the economy of basketball across the continent.

Q: Once sport in general is back up and running post-COVID-19, do you anticipate change, in terms of how it is run, consumed, commercialized etc?
A: We’ve learned a lot from this unprecedented situation, most notably from a technology and innovation standpoint.  We always say that 99% of fans will never see a NBA game in person, so the future of sports will be defined by technology’s ability to bring the game directly to fans on their preferred device. Throughout the season restart, the NBA found new ways to use technology to enhance the live game viewing experience, including optimized camera angles, alternate audio and video options, enhanced analytics and statistical graphics, social media integration, and ways for fans to virtually impact a game through digital cheering. We will continue to use these innovations and advancements to deliver localized content and bring fans in Africa closer to the game than ever before. We’re also excited about the possibility of developing content and mobile delivery innovations tailored to fans in Africa.

Q: Where would you like to see the NBA product in Africa in 10 years’ time?
A: We want to be the number one lifestyle brand on the continent in the next 10 years. Our ambition is to significantly increase the number of young people who play the game and are fans of the game. We’d like to develop more talented African players to play the game at the highest level. I am also confident that the BAL will become one of the top basketball leagues in the world, while helping build a comprehensive basketball ecosystem on the continent and providing a professional league for young African players to aspire to. Our goal is to do all of this while establishing the NBA as a force for social impact and economic development on the continent.