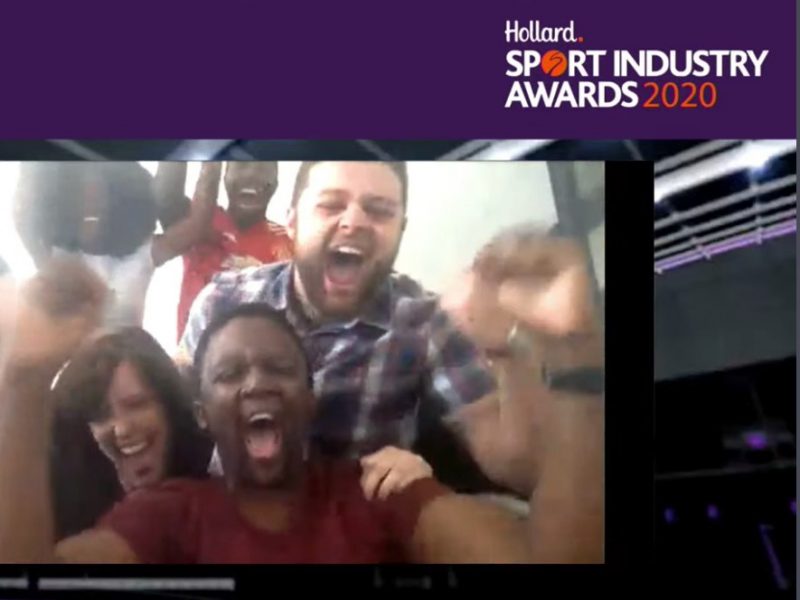 The Johannesburg-based agency scooped nearly half of the awards on offer, including defending their ‘Agency of the Year’ title.

Levergy were the biggest winners at the 2020 Hollard Sport Industry Awards, the annual event that this year was hosted in Johannesburg, but took place on a virtual platform.

Levergy claimed four awards for: Campaign of the Year, Digital Platform of the Year, Event or Competition Sponsorship, and the coveted Agency of the Year award, which saw Levergy follow up its win in the same category in 2019.

Levergy’s Campaign of the Year award was for its Nedbank Cup ‘Play Your Part’ campaign, where it held off the challenge of three other nominees, including its own Team Heineken 2019 Rugby World Cup campaign.

For Digital Platform of the Year, Levergy picked up the top award for its work on SuperSport’s Twitter account, whilst the Event or Competition Sponsorship award related to its Nedbank Runified initiative, with Levergy’s 2019 Rugby World Cup Heineken and Nedbank Cup work also nominated in this category.

The other multiple winner was Rand Merchant Bank for its ‘Story of Courage’ documentary on the South African national rowing squad and the broader campaign, with RMB picking up the AV Content of the Year and the Communications Award.

Looking at the other awards, Retroactive, which only launched in 2018, picked up the Young Agency of the Year award for the second year running, after enjoying a fast start to life as part of the broader Retroviral agency. Retroactive also celebrating a nomination in the Digital Platform of the Year category, for its Matchkit.co platform.

The Social and Environmental Impact Award went to Tennis South Africa for its BNP Paribas RCS ‘Rising Star Tennis’ campaign, which involved over 350 primary schools throughout all nine provinces (and all 14 Tennis South Africa districts), including many learning institutions in historically disadvantaged areas.

The ABSA Cape Epic mountain bike race scooped the Fan Engagement Award, as it held off the challenge of Levergy’s Nedbank Cup Fanmode and Nedbank Runified campaigns, and The Sharks’ New Signings campaign.

As in previous years, the 2020 Hollard Sport Industry Awards honoured four outstanding individuals in the South African sports space for their contributions to the industry.

The Leadership in Sport Business award went the way of Springbok Director of Rugby Rassie Erasmus for his role in elevating the sport of rugby in South Africa over the past year, and his role in masterminding the Boks’ 2019 World Cup triumph.

On a similar note, the Sport Personality of the Year award went to Springbok captain Siya Kolisi, for his inspirational leadership and the way he captured the hearts and minds of South African sports fans over the past year.

The Sport Lifetime Community award was awarded to former Banyana Banyana footballer and current national women’s coach Desiree Ellis, whilst the Sport Lifetime Achievement Award went the way of Orlando Pirates and Premier Soccer League Chairman Dr Irvin Khoza, who has been at the forefront of the South African football industry for over 40 years. That has included playing an integral role in helping South Africa win the right to host the world’s largest sporting event in 2010 – the Fifa World Cup.

There was also an interesting panel discussion about the effect the COVID-19 pandemic has had on both the South African – and broader global – sports industry, and what can be done to ensure its success and sustainability going forward. Here, Mohono was in conversation with Jean Willers, MD of Nielsen Sports SA, Seishane Leshaba, Managing Partner of the agency Playmakers, Mtunzi Jonas, General Manager of Sponsorships for Absa, Nick Keller, CEO of Benchmark, the owners of the UK Sport Industry Awards, and Thabo Phiri, Acting Senior Manager of Sponsorships and Events for MTN.

It all added up to another successful Hollard Sport Industry Awards, with the headline sponsor reminding those who attended of the power of sport and what an unusual year it has been, thanks to the COVID-19 pandemic.

“It’s more than sport,” said Heidi Brauer, Chief Marketing Officer of Hollard. “It’s the business and the art of bringing sport to South Africans and recognising the unsung heroes that do this. Sport is all about bringing South Africans together and for people to see they can create #BetterFutures through sport, and we at Hollard love this. Although 2020 has been a tough year, we saw a 40% increase in award entries and incredible inventiveness.”

That can only bode well for the future of the South African sports industry.

Campaign of the Year – Levergy – Nedbank Cup: Play Your Part

Young Agency of the Year – Retroactive

Gallo – Agency of the Year – Levergy