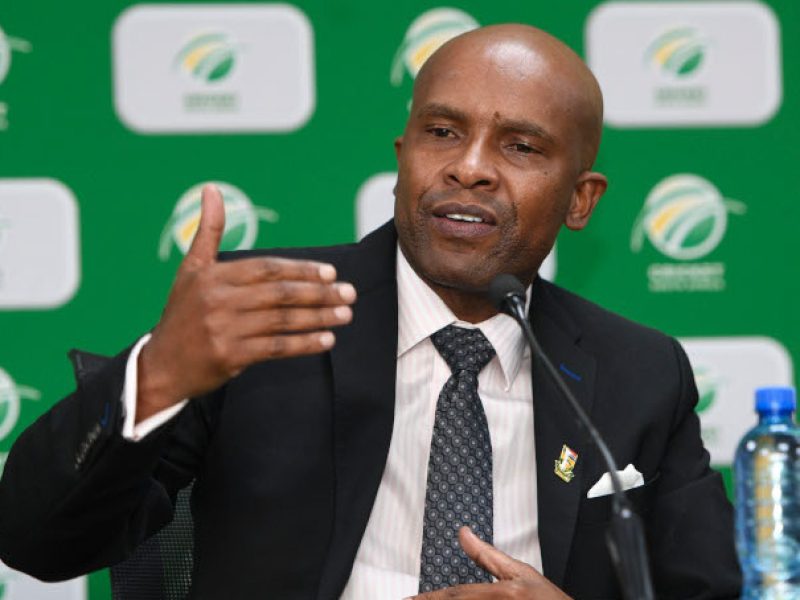 Cricket South Africa can no longer survive on bilateral series cricket, with an over-dependence on Indian visits leaving it commercially vulnerable to the vagaries of international cricket politics.

January will see Cricket South Africa’s third stab at getting a credible local T20 tournament not only off the ground, but sustainable into the future.

The stakes are high, particularly with the international cricket landscape changing and CSA being forced to re-jig its commercial model to ensure it is not caught short, by building cricket ‘content’ into the calendar that not only shores up its finances, but also delivers consistent and sustainable revenue streams.

Just a few months ago, International Cricket Council Chairman Greg Barclay was quoted by the Press Trust of India as saying that bilateral contests between international teams may get ‘squeezed’, if the window for T20 leagues like the Indian Premier League keeps getting longer.

South Africa’s proposed tournament is one of the newest leagues, along with the UAE’s International League T20, and they will add to a calendar that already consists of domestic tournaments in India, Pakistan, Bangladesh, the UK, Australia, New Zealand, Sri Lanka, and the Caribbean.

“Previously there was a focus on bilateral cricket, but all of these T20 leagues have reduced the amount of time available to play bilaterals, which obviously impacts revenue, and the calendar has become quite tight,” says Cricket South Africa Chief Executive Pholetsi Moseki.

More specifically, CSA can no longer rely on visits from the Indian national team to prop up its finances. As Moseki says: “We make money when we host tours”, and that’s because CSA is able to sell the broadcast rights when international teams tour South Africa. When it comes to India, those rights are worth a fair penny, due to the interest and size of the Indian market, and its obsession with the game of cricket.

According to Daily Maverick’s Craig Ray, citing a well-placed source, India’s 2021 curtailed tour of South Africa was worth approximately R700-million to CSA, and that’s why, if you study the financials of CSA, when India visits, the books look quite healthy (“feast), but in the years they don’t, well, not so good (“famine”).

That’s why it’s so important for CSA to build a quality T20 product.

“It’s really about trying to diversify our dependence on internationals,” says Moseki. “That’s why the success of this T20 is no exaggeration. It’s quite important to the future sustainability of the organisation.”

According to Moseki, CSA needs to generate revenue of approximately R800m a year to run cricket in South Africa and the last few years have seen the organisation run at significant losses (R221m loss in FY 2020/21), due to a number of factors, including the loss of the lucrative Standard Bank sponsorship and the cancellation of fixtures over the past two years, due to Covid-19.

CSA receives an annual ‘grant’ of $12m (R190m) from the ICC, but is heavily reliant on broadcast revenue to make the numbers work. As it is, Moseki believes the ideal commercial model to be made up of broadcast (50%), ICC grant (20%), and sponsorship (20%-25%), with the latter contributor falling to something in the region of 15% in recent years, as CSA has battled reputational challenges and the resulting lack of interest from possible sponsors.

You can understand now why it needs a commercially-successful local T20 competition, as it searches for new and sustainable revenue streams.

And the carrot is there.

IPL goes through the roof

Just weeks ago, the IPL became the second-most lucrative sports league in the world, with a variety of TV and digital rights packages set to see the IPL net $6.2 billion (R99.5bn) over five years, and on a per-match basis, that revenue will make it second only to the NFL around the globe.

Moseki is under no illusions that CSA has a long way to go before it can even think about commanding anything remotely as lucrative as that, and made it clear that it has been incredibly ‘conservative’ in its forecasting for the upcoming T20 tournament.

A local broadcast deal is secured with partner SuperSport, which owns the South African and sub-Saharan Africa rights to the tournament, and that, according to Moseki, is ‘commercially enough’ to get the event off the ground, whilst the global rights are still available, and represent something of a bonus for CSA, should a deal for them be concluded with an international broadcaster.

CSA received in the region of 30 ‘expressions of interest’ in the six local franchises for the T20 competition, with each being evaluated and a decision on the awarding of these franchises to be made between the middle and end of July.

According to Moseki, what’s still up for discussion is whether CSA opts for a shared revenue model with the six franchise owners or charges them a franchise fee, but it’s clear that South African cricket’s governing body needs to create a framework in which it can maximise its local product, commercially.

But the pressure is on.

Cricket Australia has already overhauled the overseas player recruitment model for the Big Bash League, amid the new competition, with CA subsidising a “significant portion” of player salaries, with ESPN CricInfo reporting that top earners will net $235 000 (R3.77m) from taking part.

CSA may be able to ensure its top Proteas players are available to play their T20 competition, but it will also need to make it as attractive as possible for a roster of international big names to make the trip to South Africa and bolster the ‘box office’ nature of this particular T20 event.

The by-product of that? A more attractive broadcast product for an international media organisation.

It’s a big bet, but one that Moseki and his team are willing to make, to ensure the sustainability of the game in South Africa.

As Moseki says: “It is a long-term play and in five, 10 years we’ll see the real value of this league, and hopefully it will do to us what the IPL has done for the BCCI.”

Let’s hope they’re not too late to the game.