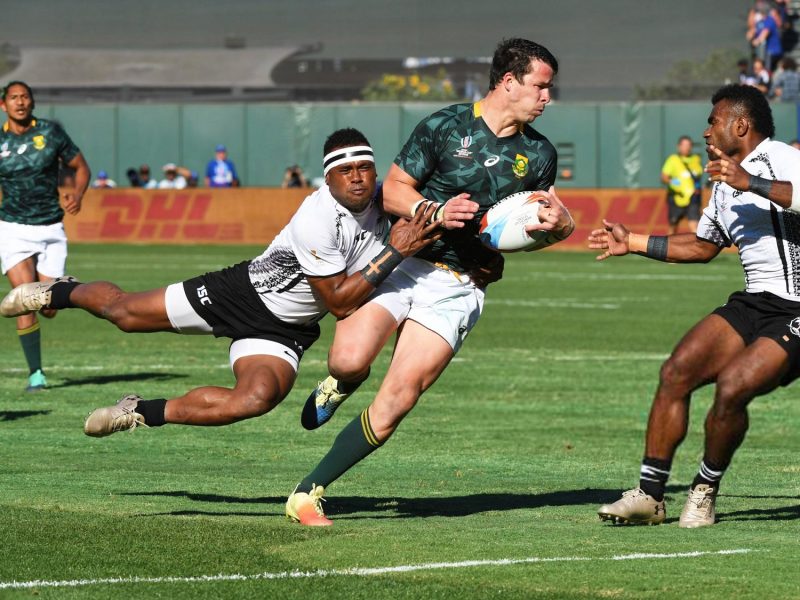 Despite the impact of Covid-19 on an already constrained local market and a global industry that is only now starting to show signs of recovery, local sports marketing agency Megapro remains confident that it can successfully commercialise next year’s Rugby World Cup Sevens event in Cape Town.

The eighth edition of Rugby World Cup Sevens will be hosted at Cape Town Stadium in September of 2022 – the first time the tournament is staged on the African continent.

That’s after South Africa held off the bid challenge of 10 other nations – Argentina, Cayman Islands, France, Germany, India, Jamaica, Malaysia, Qatar, Scotland, and Tunisia – to secure the rights to host the event in October 2019.

At the time, that must have represented a particularly tantalizing commercial opportunity for those with a hand in selling sponsorship in and around South African rugby, but no-one, at that stage, could have predicted what would unfold in the months to come, as the Covid-19 pandemic ultimately took hold, forcing the world of live sport to grind to a halt, and every major brand to re-look its marketing spend.

Fast-forward 16 months or so and World Rugby took the next step of appointing South African agency Megapro as its exclusive sponsorship sales agent for the 2022 Rugby World Cup Sevens.

World Rugby, no doubt, attracted to Megapro’s 35 years in the South African sports marketing industry, with a particular strength in rugby, along with a specialisation in the commercialisation of rights and sponsorship sales across a variety of sports and entertainment properties.

But, all of that will count for nothing if brands don’t have the money to spend.

“All sponsorship sales are under pressure,” says Jean Willers, Managing Director of Nielsen Sports South Africa. “However, as the Cape Town Sevens tournament has proved over the last number of years, our fans are able to fill a 55,000-seater stadium for three days in a row. On top of that, our Springbok Sevens teams have also performed on the field and have consistently delivered tournament wins and trophies.”

“It’s been an incredibly tough couple of months, even in a sports-mad country like South Africa, and in tough times the first thing that gets cut is the advertising and sponsorship budget,” says Megapro’s Sales Manager, Steven Hunt, who is also a former Springbok Sevens player. “So, it’s going to be a tough job, but we’re going to give it everything we’ve got.”

They will have to, as the numbers – as in, what sponsorship will cost – are not insignificant, mainly for South African brands.

According to Hunt, there are three tiers of sponsorship, starting with the top tier ‘Global Partner’ package, for which World Rugby is looking for six sponsors. The governing body has already sold one package to logistics giant DHL, so five remain.

For these, Hunt concedes that Megapro will be looking to its relationships with international agencies to get these sold, particularly as this package is priced at £400,000 (R8.1 million), although it does come with “a full rights package with everything included – broadcast and sponsorship opportunities etc,” he says.

That means a greater focus on the second tier of sponsorship packages – the ‘Official Sponsor’ tier – which Hunt says is more geared towards local sponsors and comes in at £150,000 (R3 million). Even still, three million rand is not ‘chump change’ for South African brands feeling the ‘double whammy’ effect of a local economy already enormous pressure, even before Covid-19 entered the fray to further suck spend out of the market.

I venture to Hunt that the pool that Megapro will be feeding from for the Official Sponsor package is relatively small, with the likes of South Africa’s banks, other financial service providers, alcohol brands, mobile phone operators, and betting companies among the few that could afford shelling out that kind of money.

“That’s one of the challenges we face, getting those guys onboard, so we’ll be reaching out to corporate South Africa, those brands that can afford it, to support this event,” he says. “But, it is a smallish pool and we’re hoping for new entrants, as well.”

World Rugby has already sold one of these packages to Tudor Watches, whilst the third tier of sponsorship available for the 2022 Rugby World Cup Sevens event is the ‘Supplier Sponsor’ tier, which is priced at £75,000 (R1.5 million) and has in mind those brands who see an opportunity to partner with the event, with regards “anything that the event needs to run,” says Hunt.

That could be security, hydration, or even the rugby balls needed, for which World Rugby has already landed Gilbert as a sponsor.

Megapro looks to have its work cut out for it, but Willers believes there are some factors in its favour.

“South Africa is centrally-positioned in the global broadcast time zone and so brands that are looking to receive global TV exposure and reach into the United Kingdom and Europe will have that opportunity, with expected high viewership numbers,” he says.

The 2022 Rugby World Cup Sevens event will need that, particularly as World Rugby has indicated that it expects to exceed the numbers achieved by the 2018 tournament in San Francisco, which attracted record attendance for a rugby event in the United States, with a total of more than 100,000 fans. It also attracted cumulative domestic and global broadcast audiences of more than 24 million and 31 million viewers respectively, which included a record-breaking live broadcast audience of 1.7 million on its final day. The tournament also leveraged 22.5 million social media video views on World Rugby channels over the course of the event.

But, World Rugby clearly not only has faith in Megapro, but also in the local rugby fan.

But, what about selling sponsorship packages for an event late next year, when no-one – due to the vagaries of the Covid-19 pandemic – really knows what it will look like, in terms of the number of fans allowed and the opportunities to leverage any potential sponsorship, for example?

“No-one can predict what will happen in the next 12 months,” says Willers. “However, looking at the interest in ticket sales and hospitality packages, many sold by Megapro, that took place for the British and Irish Lions tour, the general public seem hungry for events. The Sevens World Cup could be perfectly-timed, given that by 2022 many of the global vaccination roll-outs would be well underway and international travel could return to some form of normality.”

“Fans are definitely hungry for live sport to return and events such as the British and Irish Lions tour are definitely generating some excitement,” says Hunt. “We’re hoping that brands want to get involved in something that’s big, iconic, and might not be seen again in South Africa for a while.”

Fair play, but how will Megapro go about things in the short-term, particularly given the fact that it is already speaking to brands about coming onboard?

“The important thing is not to change the way you sell, but we will have to assist and advise brands, who in turn will also need to cover themselves for things not going according to plan,” says Hunt. “We’ve had to change the way we do things, in terms of contracts and negotiations, and things changing due to Covid, and we advise brands to do the same. So, for example, looking at scenarios where there are supporters and where there aren’t.”

On that note, this year’s Lions tour might be quite revealing, particularly in terms of what’s possible for a major rugby event taking place in South Africa – a country that has been incredibly slow in getting its vaccination programme off the ground.

SA Rugby boss Mark Alexander, speaking to the BBC, said that proposals for the return of fans were being taken to government, specifically looking at the upcoming Lions tour.

Earlier in March, a contingency plan to play matches in Britain and Ireland was rejected by organisers, with the Lions coming out and saying that they wanted the tour to take place in South Africa, as rescheduled, in July and August.

Alexander added that “there is no reason to doubt the tour taking place,” but SA Rugby clearly has a job on its hands, convincing the South African government to let fans back into stadiums and allow the local governing body to maximise the commercial opportunities a tour of this magnitude offers.

But, should they be successful, it would be a shot in the arm, not only for those with a vested interest in the Lions tour, but also next year’s Rugby World Cup Sevens event, notwithstanding the vagaries of the Covid-19 virus and any potential additional infection ‘waves’ down the line, either later this year or in 2022.

Hunt is hoping that when normality is restored, it’ll play into Megapro’s hands.

“We’ve been starved of live sport for so long, because of Covid, so we’re hoping that when things come right that there’s a massive surge in interest, support and demand in sport again,” he says.

“I think Covid has made us realise how much we rely on sport.”