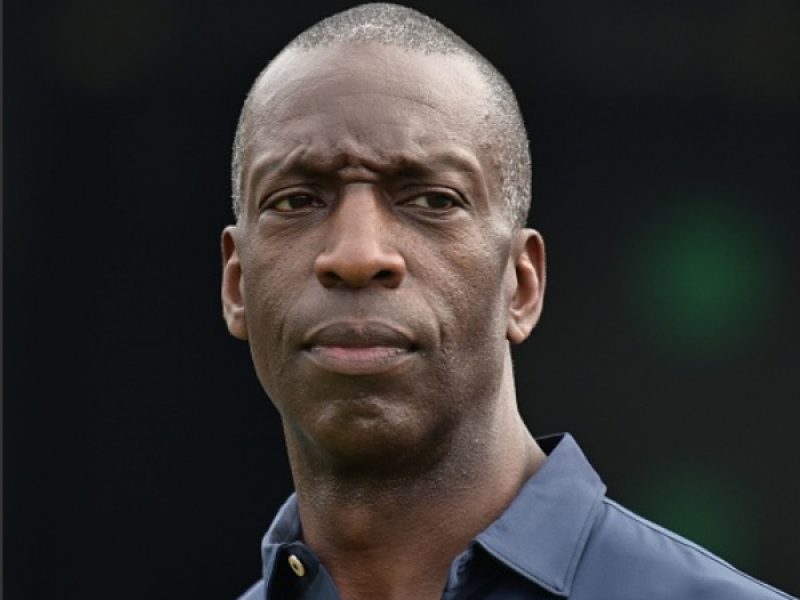 The four-time Olympic gold medallist says he was accustomed to getting the best out of himself on the track, but transitioning into the business world challenged him to shift his focus and find ways to help others fulfil their potential.

We know him as a world-class athlete, but what about Michael Johnson the business leader?

As with most star athletes, that Michael Johnson is not as widely known as the man who seemingly swept all before him and dominated the 200 and 400 metres in the 1990s.

Over the course of a 14-year career, Johnson won four Olympic gold medals and eight World Championship titles, and in the process held the world and Olympic records in the 200 and 400 metres. At the Atlanta Games in 1996, he became the first man in history to win both events at the same Olympics.

Following his retirement in 2000, Johnson has worked as a television commentator, columnist and motivational speaker, set up the Michael Johnson Young Leaders organisation, and in 2007 launched Michael Johnson Performance, with its base in McKinney, Texas. It’s a training facility for youth and professional athletes across all sports, and the company works with Olympic teams and football clubs, with operations around the world.

No small achievement for the youngest of five children, who grew up in Dallas, Texas in the late-1960s and early-1970s.

“I’ve always been intrigued with business,” says Johnson, speaking via video link-up at the 2020 Hollard Sport Industry Awards in Johannesburg. “Growing up, I never dreamed of being a professional athlete, as I didn’t have a role model, but there were people in my community who owned their own businesses.”

Johnson claims that one of his earliest exposures to entrepreneurship was witnessing a black real estate agent visit his parents’ house when they were looking for a new home, and being told by his mother that the woman didn’t work for anyone and was, in fact, her own boss.

“It was interesting for me seeing a black woman in the 1970s having her own business, and I was definitely inspired by that,” he says.

Johnson went on to study business and marketing at university, but his focus obviously shifted to his athletics career, which took off in the late-1980s. He claims, though, that business and entrepreneurship were never far from his thoughts, as he sought to commercialise his running career and early on prepare himself for life after it.

“My professional athlete career prepared me well for business,” he says. “Being an individual athlete in an individual sport, as opposed to a team sport, it’s very similar to running a business. The coaching staff I had, I hired them, and I had to make those choices, such as who was to be my manager, agent, physiotherapist, personal assistant etc, and how all these people would work together, along with holding them accountable.”

Johnson also understood the nature of an athletics career and just how different its make-up was compared with that of team sports.

“The real revenue opportunities came from branding, as opposed to signing for a team, because I was the team! But, it was also a very different time, with no social media, so the opportunities to brand yourself weren’t as readily available as they are today. You really only had the opportunity to present yourself as a brand through your performance, whereas now you can do that in tandem with performance,” he says.

Johnson grumbles about some modern-day athletes who don’t even have to perform, yet still have huge social media followings and, ergo, commercial opportunities, and he also can’t get his head round the fact that some athletes are surprised when retirement sneaks up on them.

“That should not come as a surprise, as we all know that it’s not a career you can do for 40, 50 years,” he says. “Being a professional athlete is an honour and a privilege, and it’s one that very few of us get to do, so when we’re in it, we don’t want to focus on one day retiring – we just want to live in the moment. That’s fine, but it’s detrimental to your post-athletic career, because once retirement comes, you need to be prepared.”

It sounds like he was – certainly in terms of taking that next step – even if it took him seven years, post-retirement, to set up Michael Johnson Performance. One thing he clearly wasn’t prepared for, though, was corporate leadership.

“Leadership didn’t come naturally and I had to learn it,” says Johnson. “I maybe brought some wisdom from my time in sport and sport is great at teaching you how to overcome obstacles, achieve goals, develop plans etc. But, coming from an individual sport and now having to work within a team didn’t come naturally to me. So, I had a lot to learn. I worked very hard at it – I didn’t always make the right decisions and made plenty of mistakes, and probably ruined a few really good employees who worked for me!”

That being said, the parallels that can be drawn between sport and business are there for everyone to see, even if different athletes take different lessons from one field to another.

“Some of the lessons you learn from sport can be applied to anything you do in life – not just business,” says Johnson. “But, certainly, I was able to apply some of those lessons in business, such as goal-setting and developing a plan to achieve those goals. During my career, I was able to get the best from myself from a productivity standpoint, and, as the CEO, with many employees, I’ve been able to help them with getting the best from themselves, although, to be honest, it did take me a while to work that out.”

That, he puts down to his background as an athlete from an individual sport, which he realised from an early age was his preferred pursuit, after a football game in which he excelled, but his team lost.

“That’s when I realised that being part of a team was not my thing,” he concedes.

It’s understandable, then, why the transition from single-minded athlete to role model corporate CEO was not as straightforward as it could have been, even if we acknowledge that former sports stars don’t necessarily make the best leaders.

“Being an individual athlete, you become pretty selfish, and having spent the first 14 years of my adult life focusing on getting the best out of myself, I now had to figure out how to get the best out of a group of other people – sales people, marketers, trainers, physios etc – and getting them to get the best from themselves,” says Johnson. “My job as a leader is to help them get the best from themselves, and not necessarily in the way that I did it to become successful.”

There have been other challenges along the way, such as the stroke he suffered in 2018, which left Johnson in hospital, unable to walk or even stand, and not knowing if he would ever be able to.

“Once I went into rehab and tried to learn to walk again and regain my mobility, being able to apply those lessons I learnt in sport was a huge benefit, because I could recognise those tiny improvements that most people wouldn’t be able to recognise,” he says. “That was probably the most significant application of the sports lessons I had learnt.”

It’s no surprise to hear that he did indeed walk – and run – again, and is happy to have regained all mobility.

Now we’re into 2020 and another challenge – one that Johnson shares with the world, as the COVID-19 pandemic has thrown life, as we know it, upside down, including decimating the international sporting calendar and putting businesses across the globe under immense pressure.

As a man with a number of fingers in a number of different pies, Johnson can relate, but has once again turned to his athletic fundamentals, which have stood him in good stead over the 20 years he has been in business since retirement.

“There is a certain amount of uncertainty, but also opportunity,” he says. “But, how we’ve handled it at my companies is to focus on the things we can control – ‘control the controllables’ is something I’ve applied in both sport and business. Also, try and forecast as best we can and be as prepared as possible for the worst-case scenario. But then, also look for the opportunity, as this pandemic has certainly played a role in the acceleration of innovation.”

And Michael Johnson knows a little bit about acceleration…

You wouldn’t bet against the man who pops up on Twitter as ‘MJGold’ working his way onto the podium – albeit in a different arena – once again.