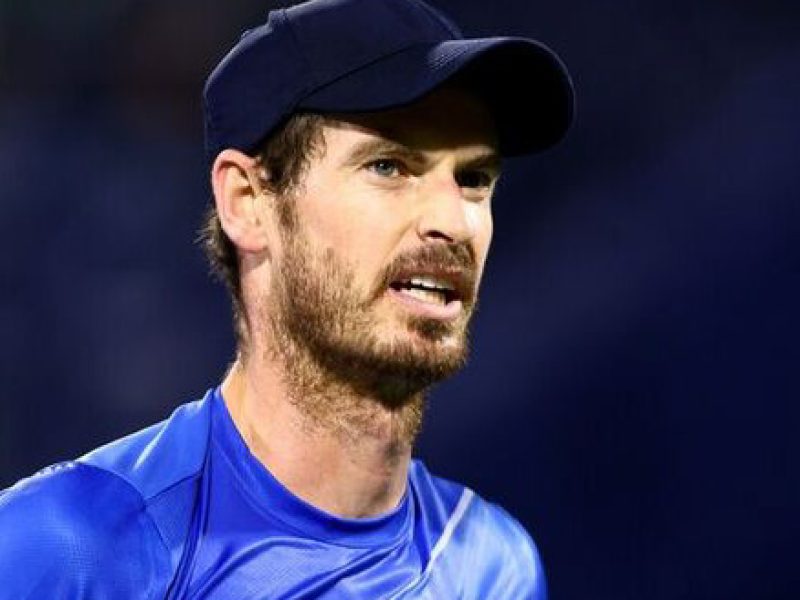 Opinion: ‘Brands Have a Responsibility to the Athlete’

Castore’s Partnership Director, Pascal Lafitte, and 77 Sport Management’s Managing Director, Matt Gentry, discuss the risks and rewards for athletes who choose to use their voice.

Nowadays, when building an athlete’s personal brand, how they use their voice outside their sport often carries as much weight as their success inside the arena. In the modern age of athlete marketing, more brands are seeking to work with sportsmen and women who share the same values as they do.

On the one hand, this puts athletes in a powerful position – to work with brands that align with their own passions. However, on the other, the contractual demands, and the level of exposure their partners hope to attract, adds a level of pressure on the individual that could be damaging if they aren’t managed accordingly.

So, while athletes are open for business, they now demand more of their representatives to put their sporting talents first, before the agency’s commercial targets, and to seek out the partnerships that truly hold their interests at heart.

Since the advent of social media, and the risks and rewards it presents athletes, Pascal Lafitte, the Castore apparel manufacturer’s Director of Partnerships, says he has seen a “dramatic change” in the industry’s approach to the athlete-partnership model, including the way brands market themselves to fans.

“It’s a lot easier for athletes, nowadays, to take on cheap, short-term partnerships and look for a quick win,” he expands. “While that may be commercially attractive, they have to stay within the lines of what’s going to enhance the athlete’s brand. We have to remember that every athlete’s situation is different and will have different audiences, as well as different reasons for entering into a partnership. Whereas 10-15 years ago you had the two or three-year partnership based at a very high value, the danger for athletes today is to find the right balance between a partnership that’s worth their while commercially and to ensure that the partnership remains authentic.“

Back in 2019, three-time Grand Slam and double Olympic champion, Andy Murray, signed a lucrative deal with Castore, which in many ways marked unchartered territory for both parties. While a hip injury had placed the future of Murray’s career in doubt, the deal nevertheless represented a major coup for Castore, whose co-founder, Tom Beahon, said at the time that partnering a player of Murray’s calibre “underscores the superior quality of Castore” and was buoyed that the athlete aligned with Castore’s brand ethos.

Matt Gentry, the Managing Director of the 77 Sports Management agency he co-founded with Murray, says that, although the partnership “could’ve been considered a risk at the time”, it proved to be a smart move for Murray, who was attracted to working with a British start-up he could leave his mark on.

“Having seen the vision of the brand and the people involved, we were confident it was going to work and the exciting thing for Andy was to get involved in that journey,” he says. “For us, we put the athlete’s interests first, and aim to do everything we can for him or her wherever they are on their journey. Is there a danger for athletes to partner with certain brands? I think, yes, there is, and that is in part the athlete’s choice. Some of our talent wouldn’t want to work with alcohol or gambling brands, for example, or fast-food categories, simply because they don’t believe in it. As an advisor, you need to understand the athlete, what drives and motivates them, and then target brands and partnerships from that point.”

While Murray is hugely passionate about tennis, and the role it plays in promoting women’s sport, Lafitte cites the tennis star’s focus on sustainability, too. This is highlighted by Castore’s collaboration with The Woolmark Company around the athlete’s AMC brand and Wimbledon 2021, which saw Murray become the first tennis player on tour to wear a woolen kit, instead of polyester, in the modern era.

“It’s about finding brands working in that space that share that same vision to build a proper partnership,” Gentry goes on. “That’s another area which we work with Andy Murray on, too. He is quite entrepreneurial and has always been into his investments and helping start-up businesses. It’s something that he quite enjoys. For him, the decision to join Castore is a good example. Among the young, British brands he’s working with, if we look back when Andy and Castore partnered in 2019, this is something that could’ve been considered a risk at the time – they were just starting out on their journey and there are no guarantees around early-stage start-ups. Our advice to our athletes is to be themselves. If you are passionate about something, or feel strongly on a topic, our advice is to follow that, because you are being true to yourself.”

In order to mitigate the levels of risk athletes and brands face when entering into a partnership, Lafitte says that “flexibility is key”, especially when athletes are confronted with the pressures of performing on the biggest stages, the threat of injury and, in some cases, loss of earnings.

The latter can manifest itself in different ways; whether a third-party infringes on the athlete or brand’s intellectual property (IP) rights, or defamatory or disparaging comments are made towards their person or product. In the meantime, the athlete also places a great deal of trust in their management’s advice and is at risk of financial damages if a deal their agent or advisor recommends goes sour.

Even when their management or a third-party agency is charged with overseeing the delivery of an endorsement deal, it’s the athlete’s personal brand that suffers the consequences if a partnership backfires. Whether that’s the negative impact on their reputation and the loss of earnings incurred through their other existing brand partnerships, or the threat posed to future endorsement opportunities as a result of a poor management decision today.

While sportspeople are in the business of elite competition, the athlete is often expected to keep their emotions in check, or to fulfil a corporate commitment, despite the pressures they may be experiencing in their arena. Although brands have “to meet their own KPIs and common objectives”, Lafitte insists that the brand holds a responsibility to the athlete’s wellbeing, too, and to support their athlete whenever they are at their most vulnerable, whether privately or publicly.

“When athletes talk about issues such as their mental health, for example, it’s my personal opinion that brands should be showing support,” he continues. “I also think that we should show flexibility with the demands of their commercial work and give the athlete space to refocus on what is most important to them, that being spending time with family and friends, for example. The brand has a responsibility, as a partner, to value the personal life of the athlete and to show a certain level of understanding in when you deliver on a campaign.”

Gentry concurs, stating that athletes should feel free to be themselves and not feel hindered by their commercial commitments if they want to speak up on difficult subjects. As a result, he believes both athletes and brands have “become more sophisticated” around how they align themselves, and that brands which are supportive and help amplify a shared opinion will be rewarded in the longer term.

“There’s been a step-change in recent years,” Gentry reflects on his career in sports management. “Many years ago, an athlete’s brand strategy was often not to say anything or to give an opinion, so not to risk offending any potential sponsors. Whereas, nowadays, there are brands – much like the fans are doing – which demand an opinion from the athlete and are looking to work with athletes who accentuate their opinion.”

‘Digital can be dangerous’

Looking to the future, Gentry says he is excited by the opportunities new digital technologies will present athletes, including the ability non-fungible tokens (NFTs) offer sportspeople and their brand partners to be creative around their content output and to help them engage with a wider fanbase.

“Crypto is also something that’s exciting and we’ve already seen some clubs getting involved in that space,” Gentry continues. “Between the two, I think there’s a little more risk for the athlete than the club if something were to go wrong – there is a face and name people can blame. It can undo years of careful brand management. As these new categories emerge, it’s important to do your due diligence. It comes back to working with athletes on areas that they are passionate about and bringing them opportunities that you know they are going to like and enjoy working on.”

By building bonds with the athlete and their management team, Lafitte says the brands they partner with can help mitigate some of the risks digital media pose to athletes, and to ensure that their content output supports the athlete’s brand – and the message it sends to fans.

“We know, for example, that social media can be a dangerous space for athletes,” Lafitte says. “So, as long as you are authentic, genuine, and raw with your content, the athlete’s audience will feel more connection with the campaigns, build more trust with the brands, and this will mitigate a lot of the risk.