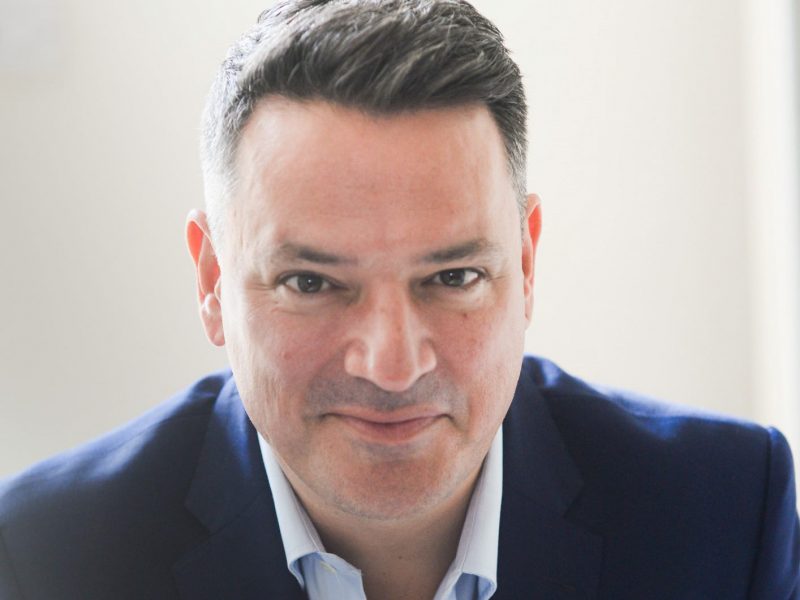 Opinion: How to Make the Right Decisions When Going ‘Over the Top’

Murray Barnett, a sports media and commercial expert formerly of F1, World Rugby and ESPN, and Director of new OTT consultancy D2C Sport, says sports rights-holders need to be wary of getting the wrong advice when developing a streaming service.

I was fortunate to learn during my early days in the sports industry how susceptible those who would otherwise appear smart and successful are to any new idea, so long as it can be condensed into a quasi-scientific acronym and packaged up as the ‘next big thing’.

In my case ‘ORAD’ was the name of the technology, a dynamic virtual-signage concept based on Israeli military precision-bombing software. My employers, the Swiss sports marketing colossus ISL, lost their collective minds with excitement: a billion dry-mouthed Chinese fans could be watching a midfield tussle of a Premier League fixture played on a virtual playing surface that was a premium brand beer being poured into a frosted glass held at 45 degrees. ISL eventually bought up the company before, in due course, going into administration themselves.

There have been ORAD-like concepts before and since. What they have in common is that they are presented as the panacea to all (largely commercial) problems. The narrative is usually driven by vested interests, clickbait concepts or insubstantial strategists. Like stock-market bubbles, many of these we now know have proven to be short-lived, from 3D to VR: existing technology solutions that are, like a man with a hammer, looking around for problems to fix.

As with any overheated market that thrives on speculation, ‘industry insiders’ or ‘technologists’ are presented as experts who fan the misinformation and misunderstanding of these new initiatives.

Through all of this noise and hubbub, what is clear is that direct to consumer OTT is different. It is solving a clear demand-side problem: customers don’t want to pay for the content in their bundled contracts that they don’t want and never watch.

Unlike my ORAD experience which, like 3D and VR, was (at the time) an asset in search of an audience application, OTT is sports broadcasting’s most focused audience-led initiative since pay-per-view. That is why OTT is having a fundamental, transformative impact on the business models of sport.

It’s worth remembering here where the term OTT comes from: OTT stands for ‘Over-The-Top’ and was originally used to describe a distribution model used for a content owner to directly reach their audience by going over the top of the linear broadcasters – the direct-to-consumer approach. Advances in broadband and mobile bandwidth have been central to making the direct-to-consumer model viable.

Now the OTT model is used by those same broadcasters and content aggregators to exploit the explosion in connected consumers devouring on-demand content. The seismic impact of the pandemic has accelerated OTT entertainment services such as Netflix and Disney+. This, in turn, is turbo-charging the sports media world’s uptake of the direct-to-consumer mantle. Anyone with an internet connection can become an OTT broadcaster and while it is not without its challenges, the message to sports rights owners is, very much, adapt or die.

What is crucial when considering sport OTT is that we are not just talking about one thing.

There are several different types and that means there are many considerations to ensure you get it right. Take for example DAZN. DAZN is a form of aggregated OTT: it acquires third-party content of multiple sports and provides additional wraparound content. It is basically the same as an ESPN or a Sky Sports, but without having to go through a local cable operator or satellite provider. In that context, it’s also worth noting ESPN and Sky Sports have their own OTT offerings – ESPN+ and NOW TV.

Another (yet different) type of aggregated OTT is Amazon Prime. Amazon Prime does acquire league content for on-demand viewing (eg. Six Nations in the UK and NFL in the US), but it also retails single-league OTT services as part of Amazon Channels (for example, LaLiga and Eurosport in the UK).

Standalone OTT is best exemplified by the US leagues such as NBA TV. It shows a variety of content, all associated with NBA. The service is offered directly to consumers around the world with various offerings available at different price points. For the purposes of this article, we are focused on single-league OTT.

Almost by definition, a single-sport NBA-style offering appeals to a narrower audience. That means it is not a pathway to the huge ‘potential’ reach numbers of traditional broadcast deals so eagerly peddled by sports research agencies. Of course, the NBA and similar-minded leagues recognise the optimum solution is to have the best of both worlds, maintaining conventional broadcast deals which take some games either exclusively or non-exclusively against the OTT services, while exploiting non-broadcast matches. OTT numbers may be smaller, but the audience presents different benefits to a rights-owner. More about that later.

Unfortunately, as with any nascent technology development, there are some extremely simplistic modellings bandied about when it comes to the twin goals of reach and revenues. This is compounded by an ill-informed understanding of OTT complexities by those without an expert grasp of the direct-to-consumer world.

OTT is too important to be treated like a penny stock that needs pump priming. Yet many claim to be conversant in the theory of OTT, but have not executed, do not fully understand, or have a vested interest in pushing certain solutions.

The first fantasy that needs exploding is that your entire core and extended fanbase will all sign up for (in most cases) a yet-to-be-launched and unmarketed service. Indeed even ‘major’ sports have taken a considerable time to convert a fraction of their fanbase into what is now a robust, valuable service. This lack of understanding can be the first of many slip-ups in the tricky world of OTT.

Missteps made in the planning phase frequently come back to haunt rights-owners and are often exceedingly difficult to correct. The first requirement for an OTT service is clarity of purpose and objectives. Committing to use these as the cornerstone of building out an OTT service is crucial. The two most important elements OTT can deliver are to help rights-holders to develop a detailed understanding of their fanbases and to act as a strategic negotiation tool against broadcast aggregators (be that traditional broadcasters or a DAZN-style platform).

Whether it’s the Israeli Football League or the NHL, there are multiple examples where a sport OTT offering has given dynamic and powerful leverage in a domestic broadcast negotiation even though it may not always start out with that objective. Both the NHL and WWE have pivoted to absorbing their OTT services in the US into ESPN+ and Peacock respectively. That was not the plan initially, but became a key consideration in the broadcast negotiations as it became clear ESPN and NBC were willing to pay a premium to use the sports’ top content to drive their own aggregated OTT services. In Israel it was slightly more serendipitous. According to industry reports, there were no bids on the media tender and this forced the league down an OTT route. Their willingness to do so galvanised Charlton into paying close to their previous rights fee to retain the rights.

As to rights-holders understanding their customers or fans, it is often forgotten that most sports are B2B businesses. You see the fans in the stadia or watching on TV, but those fans have bought a ticket from a ticketing provider like Ticketmaster or subscribed through their cable or satellite provider. Indeed, their merchandise might have been bought online from the club shop which is actually run by Nike, or a third- party like Fanatics. Under this model, the sports clubs themselves stand at arm’s length from their collective data pool of fans and can hardly benefit from understanding or information on them. World Rugby for example claims 405 million fans of the sport, yet does not have any personalised data on most of them. They are by no means alone.

By contrast OTT is an incredible tool for understanding (and monetising) fans. The ability to get feedback, track content viewed, create profiles, and have directly addressable details leads to multiple opportunities (beyond the monthly subscription) that engage regularly and increase revenue. Billboard reported recently how, in the music business, new OTT technology tools (and a better understanding of consumer data) increased return five-fold (from an already highly engaged, digitally literate audience). This is also possible in the sports business. Who would not want that kind of return?

To successfully launch and maintain an OTT service there are numerous considerations that need to be made around both the technical solutions and commercial operations of the service. Even flagship global properties like F1 and the NFL have struggled with the rollout of their technical solution. Sometimes this is because the quickest solution is to engage with a service provider with a ready-built system rather than take an objective view on the technical and commercial requirements that may be needed.

Missteps on technical infrastructure are the number one danger for OTT services. The main errors revolve around inability to scale quickly (everyone signing up at the last minute) and service outages (caused by too many users). A poor user experience (UX) is difficult to row back from. Social media can be relied upon to amplify the few disappointed customers whose criticism will be vociferous and loud.

On the commercial side, decision making about customer acquisition strategy, pricing, content and UX are crucial. Again, mistakes here can be disastrous in the longer term. The key is clarity of purpose and developing a deep understanding of subscribers and potential subscribers. Constant monitoring and agility are also attributes of advanced OTT offerings. The NBA has moved to a fairly complex matrix of pricing options which are designed to appeal to different audiences in terms of age, level of fandom and ‘viewing purpose’ (for example, coaching or betting).

It’s also worth noting that the market is very segmented, and different, both sport by sport and country by country. The US is the most advanced OTT market, however the attributes of that market and, say, MLB as a sport, are so uniquely granular they can only be used as a rough guide in developing an OTT solution for another league or sport in another country. The myriad of sensitivities, decisions and customer insights that need to be mapped require dedicated specialists who have their finger on the pulse of the market as well as experience in execution.

OTT is playing an ever-increasing part in the future of sports media consumption and, as Sylvester Stallone said in a long-forgotten arm-wrestling movie: “the world meets nobody halfway. When you want something, you gotta take it.” Grab the direct-to-consumer opportunity and make it your own with a clear vision and expert support.