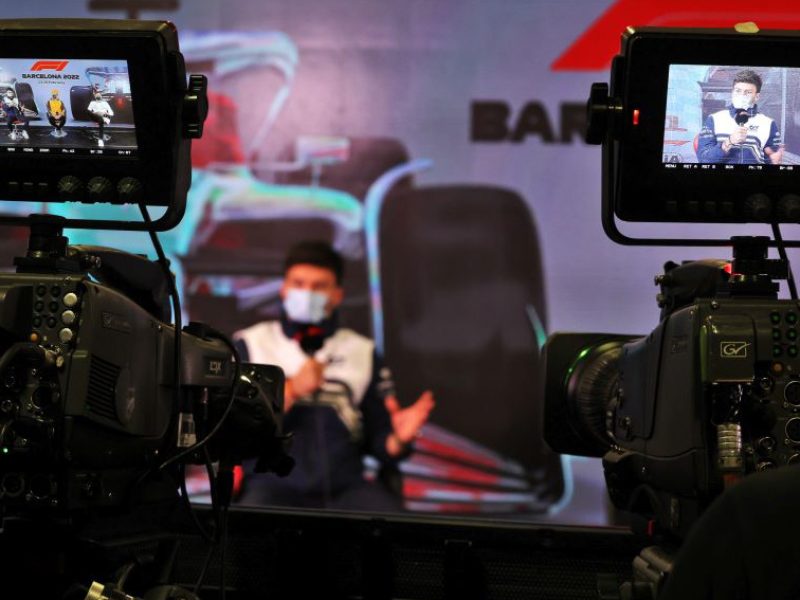 Opinion: What Brands Can Learn from ‘Drive to Survive’

Netflix’s Drive To Survive has boosted F1 to a new level. With sponsorship opportunities and viewership both continuing to rise, Business Director at We Are Social Sport, Andrew Boyers, explores how injecting personality into sport can benefit brands.

Readers, I have a confession. I am a Grimsby Town fan. Who? How? Why? All valid questions that I’ve often asked myself. But it is a cross I bear with equal amounts of pride and frustration.

Having been in the National League – English football’s fifth tier – for seven of the last 12 seasons, I’ve seen Grimsby play more dire football, at even worse football grounds, than I would care to remember.

I can recall nights at Dartford away where I would chat to our captain Craig Disley as he warmed up on the touchline, and many fans did the same. In those short moments I got to see flashes of personality in the players that I would never usually see. Those interactions brought me a connection to my team stronger than almost any point in my time supporting my hometown club.

It’s a similar blueprint that is followed for the wild success of Netflix’s Drive To Survive, a docu-series giving viewers exclusive, intimate access to the people in one of the world’s greatest racing competitions: Formula 1.

It’s a programme that revels in telling intense and emotional stories. Yet its magic comes from placing equal importance in the stories from teams and drivers at the back of the grid, as much as those on the front row. Guenther Steiner – the Team Principal of the Haas F1 team – has gained an avid following and become one of the stars of the show, in spite of the team being one of the least successful on the grid.

The success of Drive To Survive highlights what can be gained from drawing the curtain back on human interest stories. But even more than that, it proves fans can also build a deeper connection to sport through rich, emotional storytelling, irrespective of the sporting excellence on show.

Something I can very much attest to after 25 years as a Grimsby Town fan.

HAVE YOU ALSO READ?: Opinion: The Power of B2B Sponsorships

Drive To Survive has created a swathe of new F1 fans. The new season, which launched in March, has generated a 141% increase in tweets about the show from previous editions. New races in Miami and Las Vegas can be directly attributed to the series’ success in captivating a previously ambivalent US audience.

The desire from fans to glimpse the more human side of sport has seen a slew of content franchises from the likes of Netflix and Amazon Prime. Last Chance U, Cheer, All or Nothing, and even Sunderland ‘Til I Die all play on the notion of giving direct insight to life at the heart of sport, warts and all. The ATP Tour is the latest to get the Netflix treatment, with a new series charting the 2022 tennis season due for release next year.

So, how can brands tap into this new consumer demand? Audiences are consistently wanting more, and in the fragmented digital landscape that now makes up sports viewing it is harder than ever for brands to connect. Perhaps as a result, there has been an increasing shift from the meaningless sporting cameo to deeper storytelling.

Hit TV show or not, this is something we’ve been focusing on with our clients, using social as a vehicle to project these human stories. Take Vodafone and its sponsorship of the British & Irish Lions. The campaign was focused around showing the emotional side of the players with dedications of their Lions jerseys to individuals who’d helped them on their journey.

For adidas Running, we collaborated with superstar sprinter Noah Lyles to create a campaign showcasing his personal love of anime, bringing his immense character and personality to the fore – something that, historically, we would never have the chance to see off the track.

When the IOC tasked us with engaging a whole new generation of fans ahead of the Tokyo Olympics, we modernised the content approach by sharing diverse stories from athletes around the world.

But it’s not all about partnerships and fame, the personality on show must be authentic. Any attempt at artificially generating something that isn’t there will be called out, and rightly so.

To ensure this, brands need to work on a more personal level with their partners and ambassadors. Find out about them beyond their sporting abilities; is there something unique about them? What defines them as a human beyond their athletic skills?

By making the effort to look beneath the surface, brands can create powerful, human-led work that means fans don’t have to wait until the next Netflix show to gain an insight into the lives and stories of their sporting heroes.