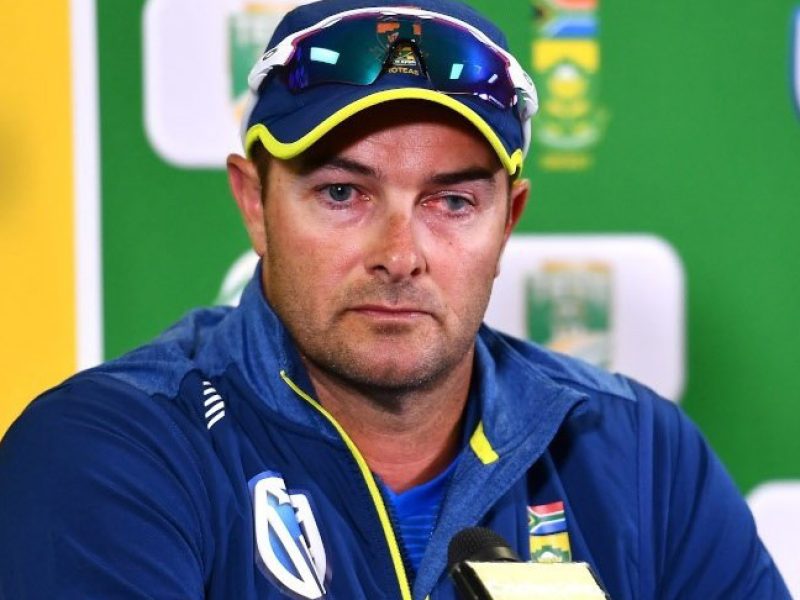 In a statement, CSA confirmed that Boucher would meet with Advocate Terry Motau on 26 January “to determine a timetable for the proceedings”.

This follows December’s Social Justice and Nation-Building report, which made tentative findings regarding allegations of discrimination and racism against various persons, including Boucher.

Specifically, during the SJN process, allegations of racism were levelled against Boucher by his former Proteas team-mate, Adams.

HAVE YOU ALSO READ?: WeBuyCars to Sponsor the Blitzboks

The statement also pointed to the fact that the charges against Boucher “could lead to his dismissal”.

“The Board remains mindful of its duty to treat allegations of racism or discrimination with the utmost seriousness and in a manner that ensures fairness and due process in terms of South Africa’s Constitution and labour legislation. It is now up to the inquiry to determine to which extent the allegations are true and justify the need for further disciplinary steps,” CSA Board Chairperson, Lawson Naidoo, said.

CSA further confirmed that a charge sheet, containing both the disciplinary charges against Boucher, as well as his rights, was provided to him on 17 January.

The upcoming inquiry will also consider concerns and allegations that arose following the resignation of former assistant coach, Enoch Nkwe, who pointed towards cultural issues within the team environment upon his departure from the set-up.

CSA further emphasised the importance of the independent inquiry first needing to test all allegations before any question of sanction can arise.

“CSA emphasises that any implicated party will be given a fair opportunity to be heard so that finality can be achieved,” said Naidoo.