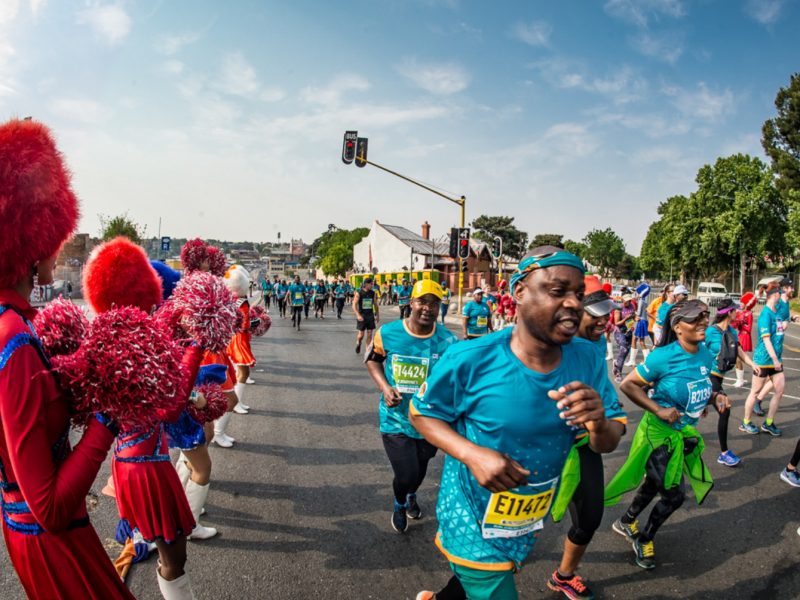 Sportsvendo CEO on “Tough Road Ahead”

Leon Swanepoel thought he’d seen it all during his nearly 30 years of running Sportsvendo, a Pretoria-based sports event management company, but the impact of the COVID-19 pandemic has seen events dry up, his revenue fall through the floor, and he has no idea when large groups of runners will once again be allowed to come together for mass participation.

“I think we might only be back if there’s a vaccine. I hope I’m wrong.”

That’s the view of Sportsvendo CEO, Leon Swanepoel, when pushed on the short-term future of mass participation events in South Africa, and road running, in particular.

It’s a pretty bleak picture for a man who has spent the last three decades building a successful sports event management business.

Sportsvendo has offices throughout South Africa, with representation in Namibia, and over the years has co-ordinated over 1000 sporting events, including duathlons, triathlons, cycling events, corporate relays, road races, marathons and other sports events.

But, the events industry has been one of the hardest-hit by the coronavirus and resulting lockdown, with the pandemic forcing a shutdown and cancellation of events in all areas almost overnight.

The impact has been devastating for Swanepoel and his small team.

That’s because not only does Sportsvendo act as a fully-fledged organiser of events, but it also provides infrastructure to other events, such as start and finish gantries, branding elements, crowd barriers etc.

Quite simply, if you’re in the events industry and all your eggs are in that basket, you’ve taken a proper smack.

When I ask Swanepoel to put a number on it, in terms of how badly his revenue has been hit, he’s deadpan.

“People don’t understand how hard we’ve been hit. Stadiums and team events are opening up, but niche events like road running and mass participation events are not. And, we might not even open in Level 1, particularly if you have to try and enforce social distancing and running with a mask. Now, who’s going to do that?”

Swanepoel knows a little about road running and mass participation, having been a two-time Comrades Marathon gold medallist in the 1980s and a former winner of the Athens Marathon, and the madness of these “COVID times”, as he calls them, almost reminds him of when Sportsvendo was first set up in the early-1990s.

“When I first started making money out of sport in the early-1990s, I was painted as a ‘bad guy’, because sport, up until then, and before re-admission, had been so amateur,” he says. “It was unthinkable to people that I wanted to be paid to organise a sports event.”

But, if that time represented a seismic shift in how the sports industry and sports events were run, and the start of innovation, nothing compares with how the industry’s major players have had to ‘pivot’ and innovate in the past few months, just to keep the lights on.

They launched the Justice League Virtual Run Series in South Africa with Warner Bros. Consumer Products, on behalf of DC Entertainment. The series kicked off in July with the Superman Run and culminates with the Flash Run on the eighth of November.

Swanepoel concedes that Sportsvendo was a little slow in diving into the virtual events space, which is now, seemingly, over-populated with events, as organisers seek to keep their brands and events alive during lockdown.

But, that’s not all.

Then there’s an interesting tie-up with the people behind the Monopoly board game.

According to Swanepoel, there are already over a thousand different Monopoly board games out there, but definitely no city marathon-themed ones, and he’s obtained the rights to develop and distribute such a product for races such as the New York, London and Athens marathons.

Swanepoel is also encouraged by how Sportsvendo has had to think out of the box, to stay both relevant and in business.

“It shows you how you can, based on an established business, create other, extended elements and business opportunities,” he says.

That being said, Swanepoel is not convinced the industry will be changed forever, once we return to some sort of normality.

“I’ve followed the various comments on how the sponsorship industry has changed and is never going to be the same again, but I differ,” he says. “I think we will all get back to exactly where we were pre-COVID. Sport is just such a strong product. There will be participation, competition, and your followers. If those events return to where they were, then the sponsorships will, as well.”

I put it to him, though, that the spend might not be in the market, as potential sponsors have all had their revenues decimated, resulting in a review of their marketing spend.

Surely the lag will extend for a couple of years?

“Sponsorships are advertising, so they will be cut in tough times,” concedes Swanepoel. “But you can only cut it so far. The minute you cut too far, you start hurting your production and sales. Sure, there will be a smaller cake available, for the next few years, but at the end of the day, companies still need to promote and market their events.”

What about beyond that, and Swanepoel’s general thoughts on the future of his industry?

Out of all this doom and gloom, he remains optimistic and is clearly passionate about the strength of the space Sportsvendo plays in.

“Will mass participation events eventually come back? Of course they will,” he says. “There’s just no replacement for them. Everything will bounce back, but it will take time.”