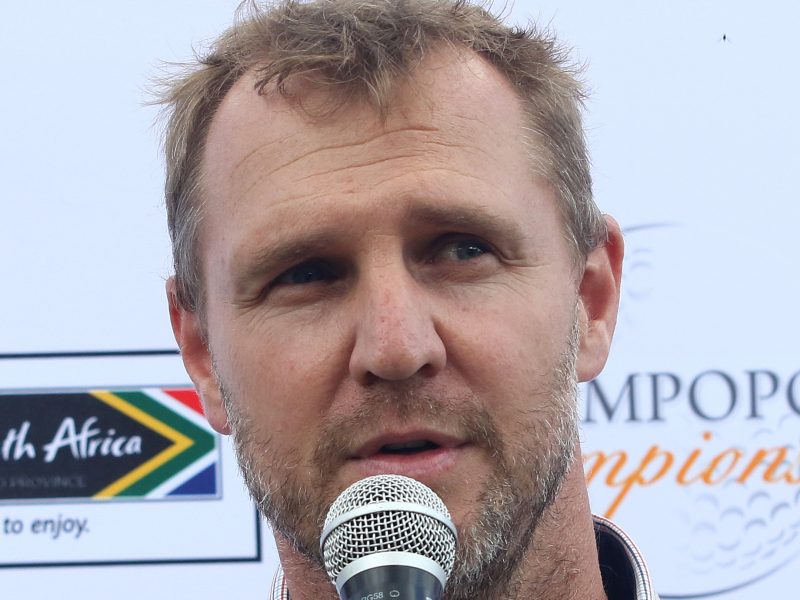 Sunshine Tour has ‘no dog’ in the LIV Golf fight

South Africa’s professional tour says it will sit back, for now, and could end up indirectly benefitting, if the country’s top players no longer have a pressing need to ply their trade abroad permanently.

It’s the story dominating the golf world at the moment – the emergence of the deep-pocketed Saudi Arabia-funded LIV Golf Invitational Series, which has managed to lure a couple of big names to its line-up so far, including nine South Africans.

Currently, it’s an eight-event series over the coming months, with tournaments taking place across North America, Europe, the Middle East, and Asia.

LIV Golf is touting itself as “Golf, but louder” and claims that it is offering “an opportunity to reinvigorate golf through a structure that adds value to the entire sport, while helping to bring new audiences to the game through a cutting-edge entertainment product.”

The jury remains out on that cutting-edge entertainment product, with so far, some funky on-screen graphics the most eye-catching, along with a team competition, a ‘shotgun start’ (where all players start at the same time on different tees), and tournaments only 54 holes in length, as opposed to the standard 72.

But, whereas the US PGA Tour and DP World (previously ‘European’) Tour have responded to what both deem a threat to their existence by issuing bans and fines to their members who have played in the first two LIV Golf events, South Africa’s Sunshine Tour has, largely, remained quiet on the issue.

According to Sunshine Tour Commissioner Thomas Abt, there’s a good reason for that.

“We don’t have a dog in this fight, because the situation sits between LIV Golf and the DP World and PGA tours,” he says. “So, we’re sitting back and trying to decide what’s best for golf.”

According to Abt, that’s because there’s currently no conflict with the Sunshine Tour’s main events, including the likes of the SA Open, the Nedbank Golf Challenge, and the Alfred Dunhill Championship, which take place between November and March, even though the local tour’s top tournaments are ‘co-sanctioned’ by the DP World Tour, with which it has a long-standing and close relationship.

HAVE YOU ALSO LISTENED TO?: Podcast: ‘The Long and the Short of It’ – Shaun Norris

More importantly, according to Abt, the DP World Tour has already assured the Sunshine Tour that it won’t prevent or ban top South African players from playing in those co-sanctioned events, if they join the LIV Golf series.

More is likely to be revealed once Abt engages with South Africa’s big names at the Open Championship at St. Andrews between 14 and 17 July, and he would do well to grab a beer with Norris, who believes LIV Golf could be good for the Sunshine Tour.

That’s because Norris believes that with the money they are earning at the LIV Golf Series, South Africa’s top players will no longer feel compelled to spend the majority of the year abroad. Instead, he says they will likely feel easier about returning home and playing in the Sunshine Tour’s top events.

“I’ll definitely be home to play more tournaments, because we have to travel to make money,” he says. “It’s hard to sustain a full life in South Africa, just playing the Sunshine Tour. So, I do think you’ll see guys going back home more, spending time at home and playing local events, because they don’t need to be away and it’s not conflicting with any other tours.”

One well-placed source has already claimed that this is the thinking of Schwartzel, who won the first LIV Golf event – including the team competition – and walked away with $4.75m (R78.5m), before picking up $140,000 (R2.3m) at the second event.

Norris himself has already earned $292,000 (R4.8m) from the first two events, and after turning 40 in May, and with a three-year-old toddler and three-month-old baby at home, he says pledging his allegiance to LIV Golf was a no-brainer.

“Doing video calls with the kids back home, I started to realise that I’d like to be home more and this gives me the opportunity to do that, and I don’t have to be away 250-300 days a year, playing 30-40 tournaments,” he says.

He also believes the DP World Tour could have done more – including offering more invites to tournaments – to make that tour more attractive to South Africans.

“A lot of people don’t understand that from the start as a professional golfer, it doesn’t mean you automatically get money in your pocket,” he says. “You’re still paying for your flights, accommodation, visas, and when you get to an event, you still have to make the cut before you start earning money. So, from a South African point of view, the numbers just look so inviting, and that’s why a lot of guys are doing this.”

“If I offer you a job where you’ll triple or quadruple your income, are you going to take it or not? At the end of the day, it’s a business and you’re looking after yourself and your family.”

Whatever your views on the origins of the LIV Golf money, the current quality of the playing fields, and its threat to golf’s ‘legacy’ tours and their history, it’s tough to argue with that.