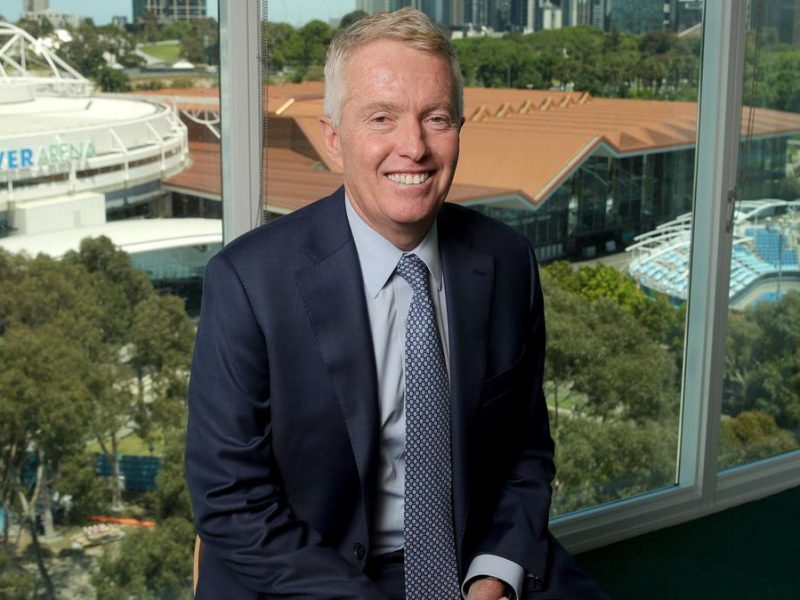 In its first statement since Djokovic returned to Serbia, the Tennis Australia board thanked South African Tiley for his “dedication”, but admitted “recent events have been a significant distraction for everyone” and said it “deeply regrets” the impact on the tournament.

The board said: “We would like to make clear from the outset we respect the decision of the immigration minister and the finding of the Federal Court of Australia over the weekend. Tennis Australia has been working closely with both the federal and Victorian government for the past year to deliver a Covid-safe Australian Open for the players, staff and fans. Embarking on a major international sporting event during a global pandemic that continues to evolve and challenge us all is profoundly demanding for all stakeholders. The board and member associations commend the Tennis Australia chief executive and the entire Tennis Australia team for their hard work and dedication. As the Australian tennis family, we recognise that recent events have been a significant distraction for everyone, and we deeply regret the impact this had on all players. “There are always lessons to learn, and we will review all aspects of our preparation and implementation to inform our planning – as we do every year.”

HAVE YOU ALSO READ?: Opinion: How to Create a Sustainable Event

The statement was the first public display of support for Tiley since the Djokovic dispute erupted. The 60-year-old Chief Executive, who is also the tournament director of the Australian Open, has faced calls to resign due to his role in the fiasco.

Tiley has been accused of ignoring government advice that explicitly stated Djokovic did not have sufficient grounds for a medical exemption from Australia’s vaccination requirements.

In a letter sent to Tiley on 29 November and published by Australian media outlets on 10 January, Australian Health Minister Greg Hunt said: “The Australian border force has advised that people must be fully vaccinated to gain quarantine-free entry to Australia. I can confirm that people who contracted Covid-19 within the past six months and seek to enter Australia from overseas and have not received two doses of… [an] approved or recognised vaccine are not considered fully vaccinated.”

Djokovic, who is not vaccinated against Covid-19, was granted permission by Tennis Australia to compete in the grand slam. The exemption from the tournament’s own vaccination requirements is reported to have been on the grounds that the 34-year-old has contracted the virus twice, most recently on 16 December last year.

However, the Australian government insists that this is not a sufficient reason to be excluded from federal rules requiring all overseas arrivals to be vaccinated against the virus.

Speaking to Australian broadcaster Channel Nine on 9 January, Tiley said: “From the beginning on this journey we have always stated and said that what is of absolute priority is the safety of Australians, anyone coming in from overseas. However, on the course of this journey, as the introduction of medical exemptions were proceeded with, there was plenty of contradictory information, plenty of conflicting information, and we were constantly seeking clarity from day one to ensure that we did the right thing, and we were able to bring the players into the country again.”