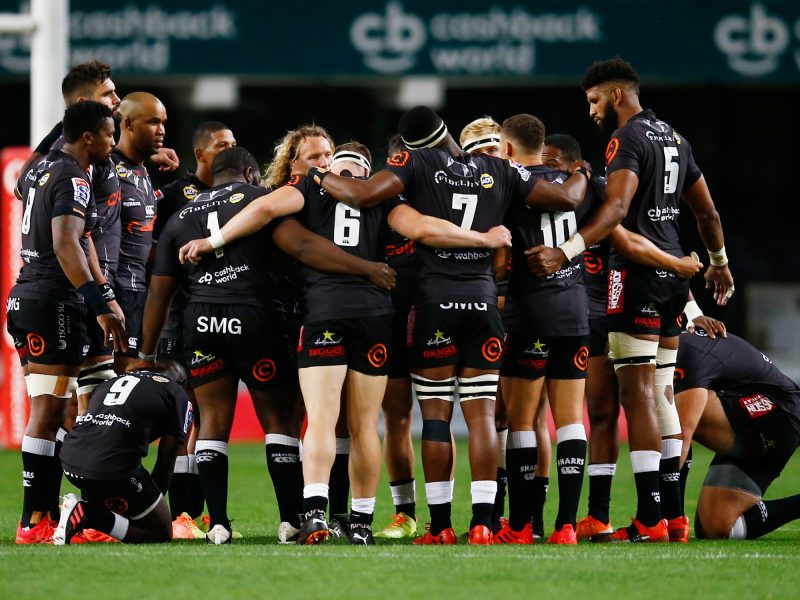 In the first in a new series of Sport Industry Awards pieces looking at the business of various individual sectors within the South African sports industry, Sharks Rugby CEO Eduard Coetzee details what goes into running the franchise and touches on some of the key elements in ensuring its commercial sustainability.

Ever wondered what goes into running a rugby organisation?

Well, it’s not just about having a winning team on the field, and that in itself is no easy feat, once you take into account the task of assembling the right players, finding the right coach, implementing the right game plan and the execution thereof.

These are all elements that 41-year-old Sharks CEO Eduard Coetzee can relate to, as a former player whose rugby playing journey started at the legendary Afrikaanse Hoër Seunskool (Affies) and took in the Bulls and the Sharks, before an extended period in France with Bayonne and Biarritz, where his career as a prop ended, due to injury.

“At business school or university you’re taught how to budget and do projections, but sport is so different, because your result on Saturday affects your narrative on the Monday, and that can have a direct impact on your revenue,” he says.

Coetzee is well versed in ‘rugby revenue’ and the challenges of running and marketing a professional sports organisation, having first joined the Sharks back office in 2014 as Commercial and Marketing Manager, before taking the reins as Chief Operating Officer just over a year later, and then being handed the top job in July of 2019.

He now runs an organisation made up of approximately 270 staff, including the Sharks academy, the retail ticket office, a medical centre that is open to the public, stadium management staff, an in-house creative agency, finance department, the KZNRU (amateur rugby), general admin staff, coaches, and about 80 players.

More on those latter qualifications a bit later, as they are key elements in the business philosophy of Eduard Coetzee, but first up I’m interested in his general views on the modern-day business of sport.

“It has changed dramatically, and that has been driven by the amplified change in digital and broadcast accessibility,” he says.

Coetzee references those who challenge him with the comparison of Super Rugby crowds of the early-2000s, where getting a 50,000-strong crowd was fairly straightforward.

His response is: “Yes, because that was the only event on the day, and you didn’t have livestreaming or couldn’t follow the scores online. So, there was a different motivation.”

“If you look at the consumer behaviour around fan dynamics, that’s also changed dramatically, and the interest in sport has actually gone up, particularly in rugby, but the way people consume it has changed, and coupled with that is your revenue streams.”

According to Coetzee, the Sharks’ two biggest revenue streams roughly 10 years ago used to be season tickets and suites, but he says that suites is probably down to third on the list and season tickets even further down at around number seven.

“Now, it’s sponsorships, broadcast revenue and advertising at the top of that list, and we’re also starting to monetise our social media platforms,” he says. “Broadcast and sponsorship make up probably close to 60% of our total revenue.”

Taking all of this into account, it’s probably not ideal, then, that the Sharks now sit with a 50,000-capacity Jonsson Kings Park Stadium that is incredibly difficult to fill, unless its hosting a Springbok game – putting even more pressure on Coetzee’s bottom line.

“It definitely does, because with a fixed structure like a stadium, there are fixed costs, and if you open up the stadium, you have to have a certain complement of security, cleaning, bar staff etc, because people still want to sit in the same seats they’ve sat in for the past 20 years,” he concedes.

That doesn’t look like a problem Coetzee is going to solve any time soon.

“We’ve got these big stadiums, which was something that we, traditionally, needed, but if we could have a smaller stadium now or reduce the capacity of Jonsson Kings Park, that would help us a lot,” he says.

Something else that Coetzee is hoping will help the Sharks ‘a lot’ is the now confirmed South African rugby ‘move up north’, with the exit from Super Rugby and the country’s rugby authorities throwing in their lot with PRO Rugby.

“It obviously makes a lot more sense for us, because we don’t have to travel as far to play games, and that made it an unequitable competition for South Africa, but we all understand why we participated in it for so long,” he says.

He tells the story of 2019, where the Sharks beat the Stormers in Cape Town to qualify for the quarter-finals, but couldn’t get all of their players on a flight to Australia on Sunday. So, some players flew on the Monday and some staff on the Tuesday, and the first time everyone was together was the Thursday before the game. That was prior to facing the Brumbies.

“Was it fair? Probably not,” he says. “From a high-performance point of view, it’s obviously going to be easier.”

But, will it be more commercially attractive?

“We’ve crunched numbers, but without all the facts, so it’s difficult to make that comparison. But, once we have all the facts and numbers, I expect it to be at least on a par, if not better than where we were,” says Coetzee. “That’s because, from a broadcast point of view, you’re going to have all your games in prime time, with no morning and mid-morning games on the weekend. I think there’s going to be a substantial upside and, without downplaying the quality of the opposition, I think South African teams will have a better chance of being successful.”

Also tied to potential Sharks success of the future is Coetzee – and the franchise’s – vision for how to go about ensuring the Sharks remain not only competitive on the field, but successful, regardless of the competition they are playing in.

It didn’t go unnoticed when the Sharks recently unveiled a host of re-negotiated contracts, tying a number of their promising youngsters down to longer deals, ensuring they remain in the Sharks system for the next couple of years.

“About two years ago we changed our business model,” says Coetzee. “Prior to that we had a top-down approach where we would go and buy the best players in the world, but if you really focus on the culture in the organisation, you need to have players and staff that are like-minded and buy into that culture. We feel the easiest way to do that was a bottom-up approach.”

The Sharks are now into year three of this strategy and Coetzee is quick to point out the development path of the likes of Aphelele Fassi, Sanele Nohamba, and Boeta Chamberlain, for example, who have all come through the system.

Another approach worth noting is Coetzee’s attitude to transformation in South African rugby, and its role in the commercial approach of a sports business. It’s tied in with his doctorate on ‘Inclusive Business Model Innovation’, which was the culmination of the former Sharks prop embarking on a quite a journey.

“I wanted to understand inclusivity and what it means in commercial sport, because you look at something as a player and try make sense of it,” he says. “I had to do a lot of personal growth in a space that was exceptionally uncomfortable for me, in order to understand things better, because in South Africa transformation is always seen as a punitive measure.”

Coetzee says the Sharks are trying to change the narrative around transformation, from a punitive to a progressive statement, and he believes that is key to both building social cohesion, as well as fostering the type of culture he has in mind for the organisation.

And that’s obviously where Coetzee wants the Sharks business to be – ‘running’.

But that’s not an easy task.

Life as we know it has been flipped on its head, and rugby, like every industry, has not escaped the impact of COVID-19, with SA Rugby, for example, having to implement drastic measures just to stay afloat in 2020.

No surprise, then, that I get a tongue-in-cheek response from Coetzee when I push him on what he feels the key element in building a successful rugby franchise is.

“Probably a vaccine, for COVID…”