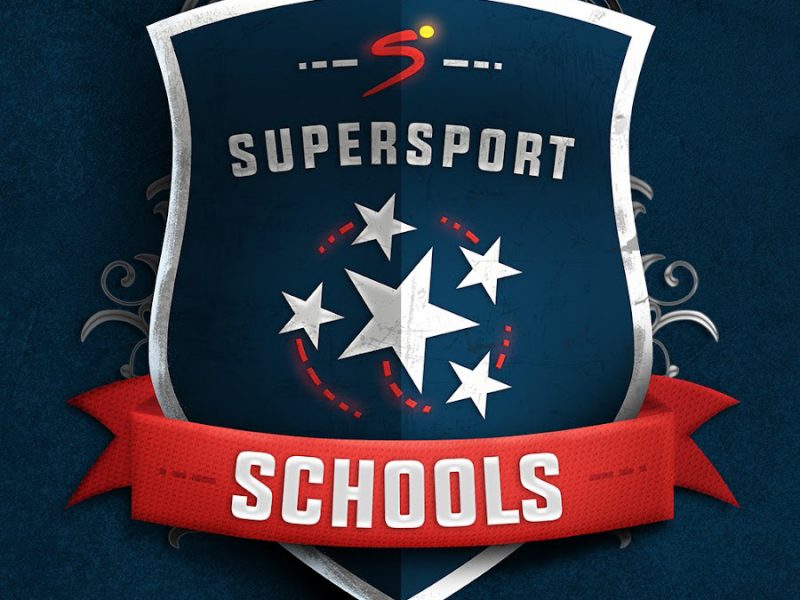 Unpacking The ‘Why’ of SuperSport Schools

At its core, SuperSport Schools is about broadcasting as many school sports matches as possible, but it’s also about drawing in a younger audience, interacting with it on its platform of choice, and driving greater engagement of this audience with the SuperSport brand.

Rendani Ramovha and I have different interests.

With my background in television production, sports news and broadcast, when I hear “artificial intelligence cameras” or “multi-screen delivery”, or even lofty ambitions such as “broadcasting as many schools sports matches as possible across the country”, my interest is piqued.

For Multichoice Africa’s Sports Marketing Manager, though, it’s more about the ‘why’.

That’s as it specifically relates to April’s announcement that SuperSport had acquired a majority stake in a business called Schools Sport Live and was embarking on making a major play in this space, with the broadcast of thousands of matches across a range of sports.

That transaction included the business being rebranded as ‘SuperSport Schools’ and a production plan that would “embrace new technology by giving schools access to innovative artificial intelligence-based production to deliver a dynamic multi-screen viewing of school and youth sport.”

That’s the part that grabbed my interest, but let’s first get back to Ramovha’s ‘why’.

“People need to understand the ‘why’, and that is, through broadcasting, you unearth talent, you expose future talent, and you future-proof South African sport,” he says. “That is the message and why SuperSport is in this.”

But, if you dig a little deeper, there’s more to it, with Ramovha conceding that there’s a marketing element to the plan that aims to stream “as many school sports games as possible, across the country, gender-inclusive”, and make them available on a centralised platform – an app – at no cost.

“We are trying to speak to a younger market and they are at different platforms, hence why streaming now makes sense,” he says. “Because, for a 16 or 18-year-old student, it’s easier for us to reach them on a streaming platform than through a traditional DStv channel.”

“We’ve captured the ‘older’ market – they understand our product,” he continues. “But the younger guys don’t and that’s why it’s not sitting behind a paywall. So, it’s also about us investing in the future, from an audience point of view, and streamlining our communication and interaction with a younger market. It’s not behind a paywall and we’re saying they can share it as much as they want.”

With that in mind, for Ramovha, it’s about driving greater engagement with the SuperSport brand and investing in a consumer segment that is its customer base of the future.

HAVE YOU READ?: MTN Renews Sponsorship of the Springboks

To date, SuperSport Schools has streamed 199 matches, but predominantly rugby games and mostly from traditionally “privileged” schools, which might not sit well with those who view this project as a development programme.

“SuperSport Schools is not a development programme,” says Ramovha. “Development is a component of it, but we need to take people on the journey of why we haven’t been to an under-privileged school yet, and unpack issues such as wi-fi, connectivity, Covid-19, government schools closing, the selection of games, agreements with schools, the POPI Act, broadcast rights, who’s liable etc.”

These are all on Ramovha’s to-do list and he admits that SuperSport has a long way to go before it can even get close to a finished product, particularly if you take into consideration just how many schools there are in South Africa and how much groundwork needs to be laid before even a minute of rugby, netball, basketball, or hockey is filmed at a particular school.

Infrastructure remains an issue and if a school doesn’t have wi-fi, installing AI-driven cameras becomes a more difficult process, as SuperSport has to go through government, the Department of Education, whoever owns the school etc. However, if a school does have wi-fi, those cameras can be installed in four days.

So, let’s talk about those cameras and the tech, which, for me, stands out as the game-changer in the whole equation, and potentially solves the issue of how to cost-effectively shoot school sport at hundreds of schools across South Africa every week.

SuperSport has eight production crews – with outside broadcast (OB) vans – across the country, but they can obviously only be at eight venues each week, and their focus, according to Ramovha, will be key derby fixtures and festivals, where it can cover a number of schools at one venue. So, the installation of the AI-driven cameras is a key component of the plan to dramatically increase the number of games that can be filmed.

These cameras take the form of a Pixellot multi-camera unit set up above a sports field, court or swimming pool, and this unit’s four-lens camera uses AI to track the action, record it, and stream every bit of play from that particular venue to a centralised platform – the SuperSport Schools app.

Pixellot, an Israeli business, is one of the global leaders in AI-automated sports video and analytics solutions for sports, with Nashua providing the local support as SuperSport’s enablement partner and first sponsor.

“We didn’t want to make it a school’s problem to pay for, so the whole model is built on driving sponsorship to support the tech and the roll-out of the production,” says Ramovha.

To this end, SuperSport has engaged South African sponsorship veteran Kelvin Watt and his Capitalize Media to drive sponsorship sales and play a key role in commercialising this project.

As enablement partner, Nashua buys the Pixellot cameras and SuperSport rents them, with Nashua taking care of connectivity, installation, maintenance, training, insurance, warranty etc. Nashua also sponsored the first 11 schools and SuperSport is in the process of increasing that number to 14, with negotiations with further potential sponsors apparently ongoing.

The Pixellot tech is currently calibrated for 17 different sports, meaning the AI technology has spent a significant amount of time ‘learning’ how to film each of these sports, understanding the nuances of the movement of players and ball, and how to make sure it effectively follows and shoots the action.

“With AI, the more it does, the better it gets,” says Ramovha. “So, with basketball and football, the product is fantastic, and with hockey it’s really good, because they’ve done a lot of hockey in Europe. With rugby, we are the first country to really roll it out, so it needs to improve and will only get better the more we do.”

To supplement the content generated by its own crews and the Pixellot cameras, SuperSport is also open to accepting third-party content from private suppliers, providing the quality meets a certain standard and the supplier is able to interact with the SuperSport Schools app.

“SuperSport acquires content from all over the world and puts it on its platform, and then anyone can view it, as long as you subscribe to our platform,” says Ramovha. “The same principle should apply to schools versus trying to monopolise it. In a sense, we’re disrupting our own business model, but it’s about understanding our audience.”

Of course, all of this counts for nothing right now, with school contact sport on ice currently, due to increased levels of Covid-19 infections in South Africa and a ‘third wave’.

“It is an unfortunate situation, but it does give us more time to better our product,” says Ramovha. “There’s still a lot of work behind the scenes we’d like to do, in terms of generating content, and there’s talks about a magazine show, how we map that out etc. So, there are a lot of positives that could come out of having six weeks to just strategize, versus six weeks of being operational.”

In addition to the vagaries of the Covid-19 pandemic and its negative impact on school sport, Ramovha concedes that SuperSport doesn’t have everything mapped out, with plenty of boxes still to be ticked.

But, the ‘journey’, as he calls it, is about trying things, using this project as a training ground, and, ultimately, ‘being brave’.

“We want to get to 500 schools by the middle of next year,” says Ramovha. “If we do that, we will have broadcast 125,000 school sports matches! It’s an extraordinary number.”