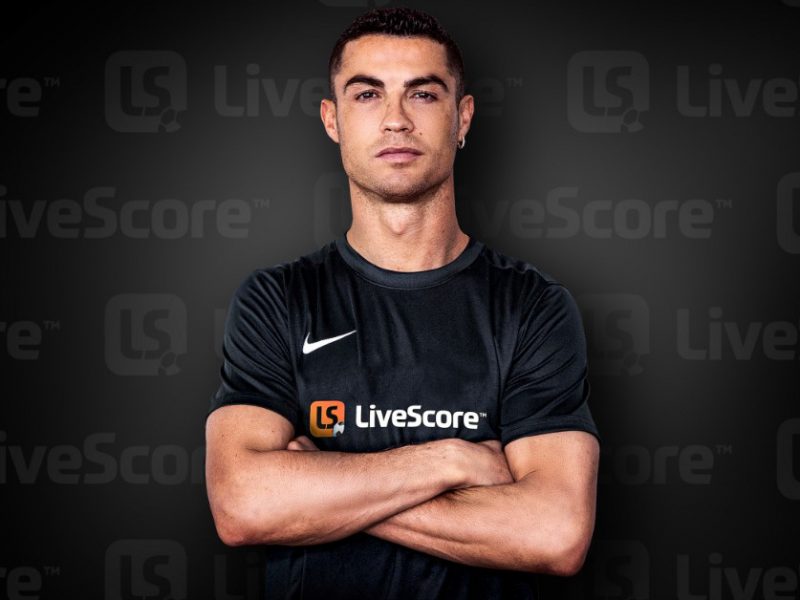 When people believe that the share price of a major global brand could take a significant hit when a footballer moves a bottle of its product off a press conference table, it’s a reminder of how the power dynamic has shifted, and how that power now sits firmly in the hands of the chosen few.

If ever you were in doubt about the understanding of modern-day player power and influence, you just had to witness the column inches that were generated in response to Cristiano Ronaldo moving bottles of Coca-Cola out of the way at a press conference in the build-up to Portugal’s Euro 2020 game against Hungary.

Ronaldo went on to hold up a bottle of water instead, saying “agua” and indicating his preferred drink, and the reaction from many media outlets – who all, no doubt, picked up on the same original story – was that his actions caused the Coca-Cola share price to drop significantly, costing the company $4 billion (R57bn).

This itself sounded like a great story, but was subsequently debunked by numerous financial services and investment-focused media platforms, who dug just a little deeper and found that the causes of the Coke share price dropping lay elsewhere.

Nonetheless, the damage was done, to the extent that Coca-Cola was obliged to put out a statement, saying that “everyone is entitled to their drink preferences”, adding that each individual has different “tastes and needs”.

This whole notion of ‘player power’ and influence was backed up just a few days later, when Frenchman Paul Pogba’s actions went viral when he removed a bottle of Heineken beer at a subsequent press conference.

Pogba is a practising Muslim and made no comment on the matter – just discreetly moving the non-alcoholic beer and placing it below the table during a post-match press conference.

It is understood that UEFA – European football’s governing body – did not see the two players’ actions as an issue, despite the incidents involving two of their high-profile sponsors, but the conversation around the power that these global stars wield had already started.

And so it should have.

Player wages at the world’s top clubs have gone through the roof, with Forbes reporting that Ronaldo earned a total of $117 million (R1.65bn) from football in 2020, made up of a salary of $70 million (R1bn) from Juventus and endorsements worth $47 million (R672m), and he’s only number two on the list of football’s highest-paid stars!

Incidentally, Lionel Messi was out in front on $126 million and these two lead the pack by some way.

Perhaps more importantly, Ronaldo is apparently the most popular athlete on the planet, with something in the region of 457 million social media followers, so when he moves a bottle of Coke out the way and suggests it’s better for you to drink water, you can see the power of that particular action and message, and the audience it will reach, never mind the influence of a widely-popular sporting figure on an audience that hangs on his every word and action.

“Ronaldo and Messi have absolutely taken it to the next level and I think that’s directly linked to the power of social media,” says George Dearnaley, former Bafana Bafana striker and currently a football business consultant. “One tweet or Instagram post from Ronaldo is so valuable for those brands (he endorses). So, the ones who sponsor him understand the power, and whatever they are paying him, they are getting a return. The ones who are not paying him, dare not invade his space, because he’ll just push you to the side.”

Further to that, the research supports this notion of ‘player power’ and influence.

This specific ‘trend’ focuses on high-profile athletes taking up social causes, but what makes them serious players in this space is their following, reach and influence.

HAVE YOU READ?: How F1 is Using AI to Plan Trackside Sponsorship Inventory

As the Nielsen report suggests, “these campaigns, movements, acts of solidarity and protests have been accelerated and fuelled by social media.”

It goes on to say that “it is athletes more than sports organizations who are setting the agenda and feeling increasingly empowered to promote, highlight and campaign on social issues and causes close to their heart.”

It references athletes such as Naomi Osaka, LeBron James, Lewis Hamilton and Marcus Rashford, who have proved adept at using their own increasingly powerful platforms to make their feelings known, shine a light on injustices, galvanize large audiences, and influence decision-making.

“These causes and issues are resonating with fans and followers – in particular, a younger demographic – and spurring them into action,” says the Nielsen report. “Half of the younger population globally say they have a greater interest in brands that act in a socially responsible way.”

Further to that, Dearnaley believes there’s a growing trend of 13-18-year-old fans focusing their support and following on individual sports stars, as opposed to the clubs they play for, and will even switch clubs if their favourite player moves.

“They are not club-loyal and they put individual players ahead of clubs,” he says. “Individual player power has exceeded club power in some areas and players can now make demands on clubs.”

Ronaldo’s actions don’t exactly fall into the ‘social cause’ space, but should he embark on a personal crusade to get kids to give up sugary drinks in favour of water, with references to child obesity and diabetes, well now, that’s a different conversation and something that could well ‘move then needle’, should he feel this is something he should take to his audience.

Dearnaley, though, thinks that’s unlikely and believes Ronaldo’s actions had more to do with commercial reasons, as opposed to health benefits. This theory was seemingly backed up by the surfacing, just days after the press conference incident, of historical adverts showing Ronaldo endorsing Coca-Cola and fried chicken giant KFC.

The resurfaced Coke advert appears to be part of a marketing campaign in China for the 2006 World Cup in Germany.

“He’s currently not sponsored by Coke and he understands his commercial value,” says Dearnaley. “If he was sponsored by Coke, he would have opened both those bottles and drunk them both, and what I was really disappointed in was not the moving the Coke out the way – you must understand that they don’t pay him a cent – but then he comes out with a sponsorship of KFC.”

According to the Nielsen report, ‘athlete advocacy’ posts generate 63% more engagement for brands compared to other owned social media content, and athletes posted more about social causes in 2020 than in 2019, “becoming increasingly important and influential in highlighting or amplifying campaigns or social injustice.”

It goes on to say that 95% of athletes with more than five million followers on Instagram advocated for causes on social media in 2020, underlining “the potential benefits for brands who partner with athletes prepared to take a stand or voice their opinion on a cause that resonates with fans.”

In conclusion, the Nielsen report references the potential impact and influence of these athletes on the bottom line, for brands looking to partner with them.

“Athletes are now offering purpose-driven sponsorship platforms that can be integrated as a measurable monetary component within the sports marketing mix,” it says. “The ability of athletes to influence the sports audience will have an impact on brand equity-building objectives. The number of fans reached and engaged once brand content has been adapted to the athletes’ communication approach will be an integral part of sponsorship value.”

Who has the power?

Make up your own mind.