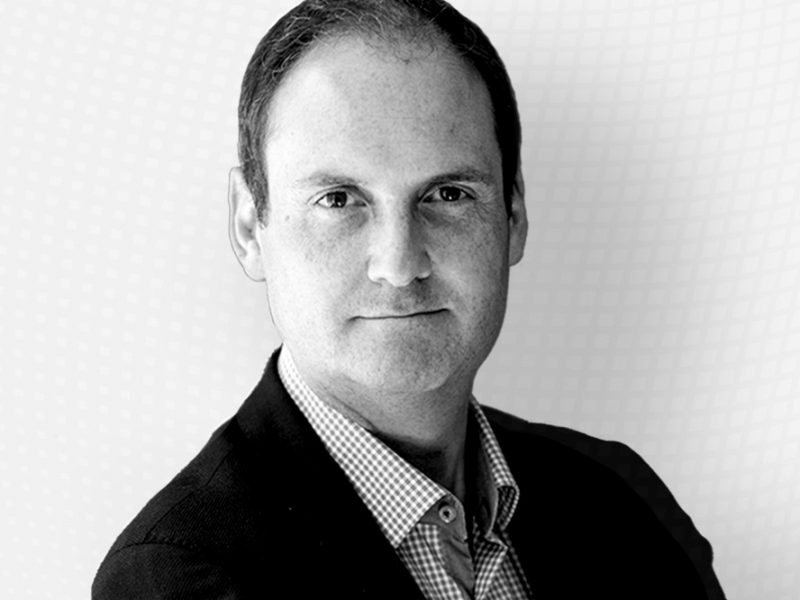 Roger Hall, the new Chief Executive of virtual advertising company uniqFEED, has said the Covid-19 pandemic and declines in sports media revenues have given sports rights-holders a greater appetite to fully explore the commercial potential of digital overlay technology.

Hall joined the Switzerland-based company in April this year, having served in a number of senior positions in the virtual advertising and broadcast sectors. Between 2014 and 2016 he was Chief Executive of rival virtual technology firm Supponor, where he was tasked with commercialising the company’s technology after 10 years of technical investment. Before this he served as Managing Director of Setanta Sports’ North America and Asia-Pacific divisions, before going on to be Managing Director for beIN Sports MENA, the largest operating division of the Qatari broadcaster.

Hall told SportBusiness: “The virtual advertising market has been poised for greatness for five years without really finding traction. I think rights-holders generally have not necessarily had the commercial motivation, because media revenues during that period continued to march ahead. But media revenues are not increasing to the same extent now, so I think rights-holders in a post-Covid world are looking for lots of new ways in which they can stretch their commercial incomes.”

UniqFEED made its name developing software-based virtual advertising solutions for court-based sports in its home country and has now expanded its capabilities to the point where it is able to transpose sponsor logos onto field-based sports like baseball. Hall says the next stage for the company will be to develop a market-ready solution that will enable it to overlay sponsor logos onto pitchside LED inventory for sports including football and rugby.

Virtual advertising allows sports rights-holders to differentiate sponsorship messages for alternate geographic markets, enabling them to potentially sell the same inventory multiple times. In the longer-term, it is predicted the enhanced audience data provided by OTT streaming services will allow sports to tailor sponsorship messages to each individual viewer. However, Hall called on the sector to focus on mastering geographic targeting first.

“Virtual advertising has, as a first step, to fulfil the opportunity created by geographic targeting: taking a one-size-fits-all approach to in-game signage and slicing that geographically. OTT and IP-driven devices mean that some sort of hyper-targeted, programmatic solution to in-game advertising could be a further step, but it won’t be an instant step.”

In a column for SportBusiness earlier this year, uniqFEED advisor Jamie Cunningham called for broadcasters to be given a share of virtual advertising revenues to incentivise them to adapt their workflows to include virtual signage in their live sports coverage. Hall echoed Cunningham’s comments, suggesting that the industry would need to develop entirely new commercial models to exploit the technology.

He added that his background in the broadcast industry working for Setanta and beIN – and the North American Sports Network (NASN) prior to this – would also be helpful in trying to bring broadcasters onside.

“Maybe there’s some future crossover that rights-holders will want to grant broadcasters in terms of involving them in some way in commercial rights through virtual. Maybe there’s a hybrid model where the lines that are currently so clear between media or commercial rights are less clear in the future. Inventory could be used in creative ways by rights-holders to maximise the involvement of their broadcast partners, and give them new tools, whilst at the same time maximising the commercial rights they wish to retain to drive their own partnership programmes.”

UniqFEED has previously said it would be interested in exploring strategic partnerships to drive its expansion. Although Hall said he was not in a position to announce any agreements publicly, he said the company was already working ‘behind the scenes’ with a number of industry players and would be open-minded about working with a broad range of rights-holders, rights aggregators and broadcast service providers.

Hall argued that the industry would have to create a ‘horses for courses’ approach to the technology, with different sports applying different models to maximise the commercial returns.

HAVE YOU READ?: Calling the Shots

Taking football as an example, he predicted that an individual club might use virtual signage to sell different levels of sponsorship exposure, with some brands receiving global exposure, some receiving multi or single-region exposure, and others buying exposure on a programmatic basis.

Asked if he thought the Premier League should revise its position on virtual advertising given the fact UK regulators are considering stricter rules governing the sponsorship of sport by betting companies, Hall suggested it would be ‘commercially sensible’ for any rights-holder to consider the technology if they haven’t already. Spain’s LaLiga and Germany’s Bundesliga allow clubs to sell virtual advertising packages, but the English league currently doesn’t.

“That’s probably a question for the Premier League,” he said. “I think we’ll find globally there is a more of a tendency to regulate than there has been in the past – not just in this market and not just affecting the Premier League. I think we’ll see it with betting and other categories going forward and I think technologies like virtual will help to solve the kinds of challenges that rights-holders will be presented with. They won’t want to rule betting – or any other category that’s legislated against – out of their portfolios globally when they can actually tailor messages, and maintain messages where they need to be maintained, and replace them where they need to be replaced.”

The company claims its software-based virtual advertising solution has been designed to minimise disruption to broadcasters as well as sports rights-holders. Hall suggested the ability to operate the technology remotely could also help rights-holders to comply with jurisdictional marketing restrictions.

“It’s one thing creating feeds that aren’t seen in certain jurisdictions, but if you’re still creating feeds with prohibited content in those regions or at those events, I think you’re into a legal grey area. Being a remote-production-friendly technology, as we are, adds a degree of flexibility as to not only where those feeds get distributed, but perhaps more relevantly, where they get produced from an editorial standpoint.”

UniqFEED was founded in 2015 as a spin-off of ETH Zurich, a public research university in Zurich, and Hall said advances in the firm’s software-based virtual technology had motivated him to take up the Chief Executive position. However, he readily admitted that the firm needed to continue to develop its pitchside LED solution before taking it to market.

“If you think about the sports that are globally the most valuable and most relevant to brands, then clearly football (and LED) is something that you need to have in your armoury. I’m candid enough to say that we’re not quite ready with the technology yet – it’s a different challenge to the applications that we’ve already cracked. But we know enough to recognise that we’re on a very good path to being able to deliver that in the fairly near future,” he said. “You need to make sure that the product is fully ready for the market before you expose the product to the market – and this applies to any broadcast technology, frankly, not just virtual. I think in the early days of virtual advertising technology, perhaps that wasn’t always the case.”