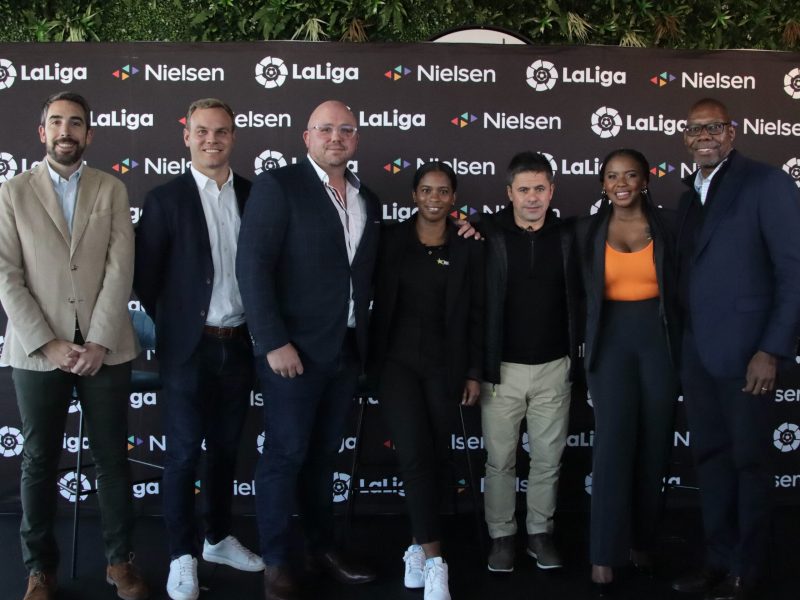 Nielsen and LaLiga come together to explore global trends

At an interesting and ever-changing time for global sport, Nielsen and LaLiga host event in Johannesburg to take the time to explore some of the trends emerging in the industry.

Global research giant Nielsen has teamed up with LaLiga Southern Africa to bring together some of South Africa’s leading sports figures, for an event that focused on the changing face of the global sporting audience and trends impacting the sports world.

LaLiga Extra Time has been hosted to date in Brazil, Argentina and Colombia, and this networking event held at The Roof venue in Johannesburg was the first held by LaLiga on the African continent.

Panelists included NBA Africa CEO, Victor Williams, and LaLiga Southern Africa Managing Director, Marcos Pelegrin, who spoke about how as major global brands, both organisations have laid down roots in Africa to grow their fan base on the continent.

HAVE YOU ALSO READ?: Local T20 tournament critical to future of SA cricket

LaLiga has been based in South Africa since opening their Johannesburg office in 2015 and Pelegrin said it was important for LaLiga to physically be present in Africa “to be on the ground and to understand the local communities and markets, before we could seek to grow LaLiga on the African continent.”

“South Africa was the first African market in which LaLiga opened a physical office and since then we have been working with South African partners and fans to create stronger and longer-lasting relationships. In addition to the South Africa office, we now also have LaLiga delegates in Nigeria, Ghana, Kenya, Tanzania, Egypt, Morocco, Angola and Cameroon, so we are determined to grow the LaLiga footprint and presence on the African continent and we are investing time and resources in doing so properly and in an authentic manner,” said Pelegrin.