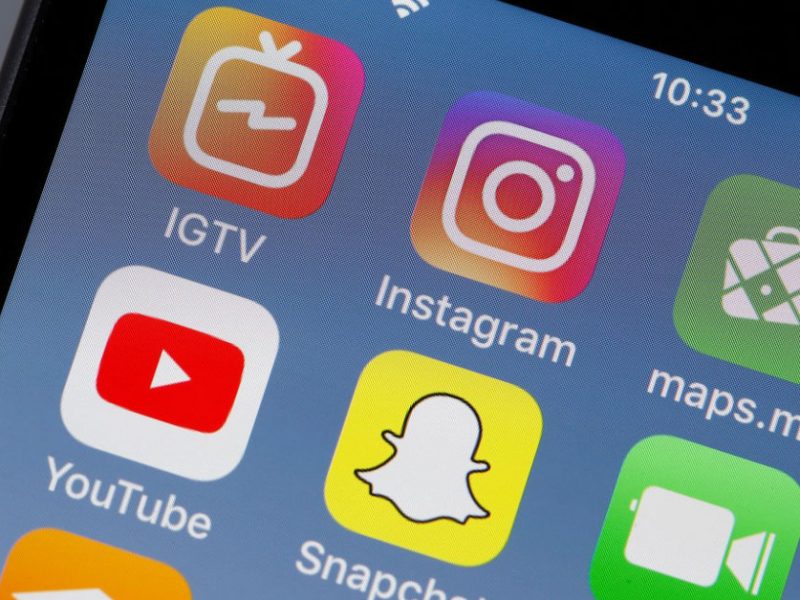 Opinion: Athletes – Get Off Social Media!

Whilst being active on social media now plays a big part in building an athlete’s ‘brand’ and profile, the downside for those sports stars who manage their own accounts is the potential negativity and abuse they are exposed to.

As if we needed a reminder of the extent of social media abuse out there – and resulting online bullying – the alarm bells should have sounded loudly, once again, when American tennis player Shelby Rogers recently responded to her US Open fourth-round defeat to eventual champion Emma Raducanu, by lamenting the fact that she was now “going to have nine million death threats and whatnot”.

That was despite Rogers enjoying one of her finest days on court just days before, upsetting world number one Ash Barty at the same tournament.

Her comments once again highlighted the abuse tennis players – and other high-profile elite athletes – deal with on social media.

Encouragingly, though, more stars are feeling comfortable about speaking out on some of the abuse they face.

At around the same time, another American tennis player, Sloane Stephens, shared the personal burden of what she said were the relentless and “exhausting” attacks she receives on social media.

“I am human,” Stephens said on Instagram a day after being inundated by more than 2,000 “messages of abuse/anger” following a third-round loss to Germany’s Angelique Kerber at the US Open.

“It’s so hard to read messages like these, but I’ll post a few so you guys can see what it’s like,” said Stephens, who voiced her concerns just as a number of other black female athletes have also recently spoken out about the mental health toll high-pressure sport can take.

One of the abusive messages read: “I promise to find you and destroy your leg so hard that you can’t walk anymore @sloanestephens!… I hope you enjoyed your last moments on court today.”

The comments by Rogers and Stephens come at a time when athletes’ mental health is coming under scrutiny. Fellow tennis player Naomi Osaka said she was unsure of her immediate future in the sport after losing at the US Open, whilst cricket’s Ben Stokes also recently took a break from the game to focus on his mental health.

There can be no denying that the pressure these athletes feel is only exacerbated by social media and with this in mind, I’m not sure golf’s PGA Tour is on the right track, encouraging players to “drive fan and sponsor engagement” by earlier this year launching a lucrative programme that rewards the tour’s most engaging members.

A $40m (R590m) kitty will be split by 10 golfers to “recognise and reward players who positively move the needle” by generating coverage for the sport. The biggest share, $8m (R118m), will go to the individual deemed most “valuable”, and there can be little doubt that social media will play a big part in determining who these players are, with it being cited as one of the metrics to be measured.

HAVE YOU ALSO READ?: Opinion: Can Athlete Activism be a Commercial Opportunity?

Of course, linking social media activity and the brand value of sports stars is not rocket science and it’s pretty clear why these athletes are under pressure to use their platforms to provide sponsors with value, as well as generate additional off-field income for themselves.

Just look at these numbers.

PR practitioner Emily Austen, whose company Emerge has worked with sports brands such as Ellesse, Fiit and P.E.Nation, said social media is highly lucrative for players and an important tool to help build their image, when speaking to London’s Evening Standard publication.

“So, there is a short window to make hay when the sun shines for these stars,” she said.

Whilst that much is undoubtedly true, I’m just wondering at what cost?

That’s because, whilst there’s obviously huge commercial appeal in an athlete using their social media platforms to engage with fans and provide sponsors with great value, what if their presence on these platforms exposes them to abuse that ultimately affects their mental health negatively and impacts their performance on the field, court, course etc? Because the by-product of that is an athlete who can’t perform optimally, and if that persists, well, then their commercial value will surely suffer, won’t it?

So, what’s the point?

That’s why I’m asking if athletes should manage their own social media accounts. In fact, I’m suggesting they don’t, for the reasons I’ve already detailed.

I know many of you will be shouting at me from behind your phones, laptops and tablets, saying “don’t be doff – most of them don’t manage their own social media accounts, anyway!”

Whilst that may be true of some of sport’s biggest names, who can afford large teams of people behind them and comms people who can take responsibility for that sort of stuff, it’s clear from the likes of Rogers that many sports stars still manage their own accounts and engage with them on a regular basis.

I’m saying: “Get off social media!” It’s not worth it.

Get someone else to do it, even if it costs a small portion of your winnings. Sure, an athlete can still be involved, engaging with his or her people, providing them with content to post, and discussing what they should or shouldn’t post or respond to, but I’m suggesting that they aren’t exposed to the feedback from that audience. Athletes should be shielded from this, their mental health protected and prioritised, and their focus should remain their on-field performance.

That’s unless an athlete is strong enough to digest the abuse they might receive. I would argue that few are.

As Rogers herself went on to say: “I wish social media didn’t exist”, whilst acknowledging that she is obliged to post due to marketing and sponsorship commitments.

I’m saying she shouldn’t have to, and if a sponsor doesn’t understand why an athlete needs someone else to engage on social media on their behalf, then it’s not a sponsor worth having, regardless of the fact that that engagement might lack authenticity.

“You could probably go through my profile right now – I’m probably a ‘fat pig’ and words that I can’t say right now,” Rogers said. “But, it is what it is. You try not to take it to heart, and it’s the unfortunate side of any sport and what we do. Social media can’t control what I’m doing and the way my training is going to go moving forward, but I wish it didn’t exist. It’s really tough.”

It shouldn’t have to be.

Athletes – get off social media.