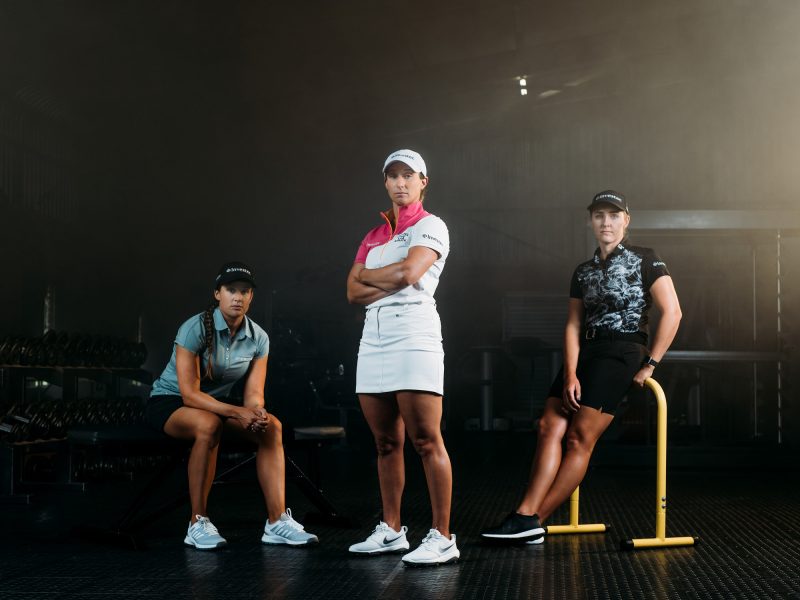 Opinion: Minding the Gap – The Economics of Women’s Sport

Gender-specific pay discrepancies span industries, but are particularly pronounced in professional sports. What are the dynamics at play maintaining the status quo, and what can be done to plug the pay gap?

The coronavirus pandemic has disproportionately affected specific race and gender groups within society, which has given the fight for gender equality renewed impetus and thrust the gender pay gap back into focus.

The lopsided pay in golf illustrates this disparity and the prize money at the two US Open tournaments provides an instructive insight.

Investec-sponsored LPGA player Stephanie Meadow, who’s competed at the US Women’s Open six times and will do so this year again, says it’s really hard knowing that LPGA players earn about 10% of what the men make.

“It’s even less when factoring in sponsorships,” she says. “It upsets everybody on the LPGA Tour.”

All about the spectacle?

Some argue that male athletes deserve to earn more because they’re more athletic or talented, which makes it more entertaining.

“Men make golf exciting because of the length they hit the ball,” says Investec-sponsored golfer Nicole Garcia. “Viewers are drawn to that power. Unless you understand women’s golf and how it’s different to men’s, people don’t like watching it as much.”

“Better education about women’s golf would highlight how talented the girls are. For instance, LPGA players are incredibly impressive around the greens, beating the men from 120 yards and in,” says Garcia.

Researchers have also found that female sports broadcast coverage may influence these perceptions. A decades-long study by USC researchers found a disparity in airtime for female sports and identified that elite female athletes were spoken about in more ‘boring’ ways than their male counterparts.

Stats shared on the pro ladies’ tours are scant in comparison. Meadow believes a better stats programme would highlight how female players are better than the men in certain instances.

No power in numbers

Even when adjusting for revenue, female athletes earn less in relative terms than their male counterparts. This issue is most pronounced in team sports.

HAVE YOU READ?: Covid-19 & Declines in Rights Fees Create Appetite for Virtual Advertising

Unfortunately, even when revenue generation skews in favour of female teams, the individual players still lose out.

In the three years after winning the 2015 World Cup, the U.S. women’s soccer team generated more revenue than the men’s team, according to analysis published in the Wall Street Journal. However, the female players’ earnings did not rise as a consequence, which led to a landmark lawsuit that tackled the sport’s gender pay gap.

While litigation offers one option, there are other ways to address pay inequality. Pay transparency is an important starting point as it highlights the extent of the gap.

And when more sporting codes increase prize purses for female competitors, it pressures other leagues and event organisers to modernise their compensation policies and offer equal prize money.

Tennis and athletics setting the example

Athletics and tennis are the only sporting codes to offer equal prize money. Tennis set the precedent when the US Open awarded equal money after Billie Jean King threatened to boycott the tournament in 1973. The remaining three Grand Slam tournaments followed suit and all tournaments have paid equal prize money since 2007.

Tennis now boasts the narrowest pay gap in major sports and is the most lucrative sport for women. Consequently, tennis players are the only female athletes to consistently rank in Forbes’s list of the world’s highest-paid athletes. But notably, there is only one female athlete in the top 30 – tennis player Naomi Osaka.

Endorsement earnings by successful and highly marketable players like Serena Williams and Osaka compare favourably with their male counterparts.

These athletes can make 10 times as much from endorsements as they do from prize money. Osaka, for example, made $37.4 million (R537m) in 2020, with $34 million (R488m) generated through endorsements, according to Forbes.

This statistic highlights the important role that corporate brands play in narrowing the pay gap in sport. Their financial and marketing clout can help to accelerate cultural change.

“As a proud supporter of South African sport, Investec continues to promote and back local talent with our ‘women on the rise’ campaign, which focuses on the strength of female athletes and gender equality,” explains Peta Dixon, Head of Sponsorship at Investec. “Investec consistently ups the ante with additional incentives to promote and develop women’s professional golf, and we constantly create ways to give local golfers an opportunity to take the next step and level up.”

“We need to create stories and get people to know the personalities to promote women’s golf. The men have strong storylines in the media – they’re celebrities and millionaires, which creates that attraction to the sport,” continues Meadow.

“And the more exposure female athletes receive, the more reason sponsors have to put money towards women’s sport. Without the viewership numbers, it’s a harder proposition to convince sponsors to back the sport. At the end of the day, it’s a business decision,” adds Garcia.

This year the Investec South African Women’s Open was televised live for four days on SuperSport. This was extremely powerful and beneficial for the sport, believes Garcia.

“Many people told me that it was the first time they watched women’s golf live, and they saw people they know playing,” she says. “This creates hype.”

“Athletes should promote themselves, their sport, and their strength, talent and hard work on social media to counter the stereotypical ‘weak woman’ image,” adds Garcia.