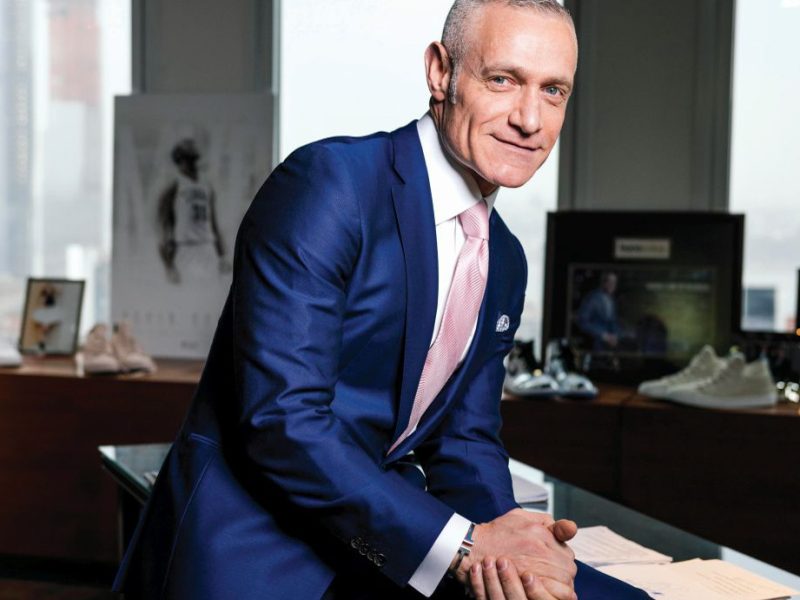 That’s if it is to survive and sustain itself, as well as capitalise on the potential of its ‘star’ members – the players.

Yormark was in conversation with event MC and sports broadcaster Motshidisi Mohono, alongside Roc Nation’s Director of Operations in Africa, Isaac Lugudde-Katwe, at the 2021 Hollard Sport Industry Awards on the 25th of November.

Founded in 2008 by music mogul JAY-Z, Roc Nation has grown into one of the world’s biggest entertainment companies, with Roc Nation Sports launched in 2013. It has since grown to represent over 100 athletes across baseball, basketball, American football, football, rugby, cricket, netball and e-sports.

It has also concluded deals with the Sharks rugby franchise and Mamelodi Sundowns football club.

What’s clear is that Roc Nation Sports sees opportunity in South Africa, but that’s because Yormark believes there are huge gaps in the system.

“When you think about South Africa, the players have no voice and there is no true partnership,” he said. “The governing bodies control sport, whether it’s rugby, cricket or football – the players don’t have a seat at the table and are not involved in the decision-making. That’s a problem. We’re trying to elevate the influence of athletes in South Africa to push them to the table, to give them that opportunity to be true partners in the sports that they are participating in. That’s one of the biggest differences between sports in South Africa and America.”

Speaking of America, Yormark cited the National Basketball Association (NBA) as a great example of a league that has nailed the partnership model.

“The NBA is arguably the most successful league in the world today, because the commissioner, the team owners and the players have created a partnership to grow the game, not only domestically, but globally,” he said.

Yormark pointed to the fact that many sports organisations in South Africa, including from the ‘top three’ of rugby, cricket and football, are facing financial challenges, and need to develop a model that ensures their survival.

“One of the things you would have seen recently with the Sharks is the influence of private ownership, and that’s another area that South Africa is going to have to accept moving forward,” said Yormark, who is also a member of the American consortium that acquired a 51% controlling share in the Sharks in January, and he believes other South African clubs and franchises should follow suit.

“They have to attract private ownership,” he said. “That’s how they are going to grow these clubs, which currently in South Africa are under-capitalised. They need capital infusion, they need best practices from American sport, and they need to understand the concept of true partnership between the governing bodies, the fans, the clubs and the players. And once they are willing to accept that, we can take sport in South Africa and truly bring it to the next level, and make it profitable.”

Yormark also didn’t hold back in his assessment of the dynamic that exists between South Africa’s rugby franchises and the national body, SA Rugby.

“Rugby clubs in South Africa are secondary to the national team, and that can’t happen,” he said. “That dynamic needs to change, because as a secondary priority to your national team, they’ll never survive. In rugby and football, it’s the clubs who are paying the players, enriching the local community, and creating jobs on a consistent basis in each of their local markets. The clubs are super, super important – they can’t be treated like the stepchild, and they can’t be just a feeder system to the national teams. It’s not right, it has to change, and we’re going to do everything we can to impact that change.”

Strong words from Yormark, who over the past two years has obviously got acquainted with how sport is run in South Africa, as well as how it is sold and commercialised. It’s fair to say that he remains unimpressed, although he clearly sees potential.

“It all starts with further commercialising sport in South Africa, driving revenues, creating more fan engagement, filling your stadiums, and really making the sports industry successful, from every aspect,” he said. “When I say ‘get to the next level’, it means making these clubs sustainable on their own, making sure that clubs don’t play a secondary role to governing bodies.”

He also had some harsh words for those corporates or brands who, in his opinion, have previously leveraged the influence of South Africa’s top sports stars for fees well below market value, and he rejected the notion that his local clients were now unaffordable for South African sponsors/partners.

“Many organisations in South Africa have taken advantage of the Siya Kolisis, the Cheslin Kolbes, the Bongis, the Tendais, the Lungi Ngidis, by not paying them fair market value for their services,” said Yormark. “We can no longer accept brands saying, ‘hey, here’s what I’m willing to offer you, you need to accept that.’ Those days are over. We have to demand that brands see the value in these ambassadors, these influencers, these brand partners, and pay them fair market value, whether it’s in rands, dollars, euros or pounds. We know that South Africa-based companies can afford it, and we just have to protect and defend our athletes, and make sure that they’re treated fairly.”

What’s clear is that Yormark believes the power dynamic in South African sport is skewed in favour of the governing bodies, and it’s something he’d like to see changed. Obviously, he and Roc Nation have a vested interest, as they represent athletes in the South African market, but what isn’t in doubt is that Yormark believes that greater power in the hands of athletes will translate into a win for all parties in the South African sports value chain.

“When you think about professional athletes in South Africa today, and you think about the position they don’t have, it’s a concern,” he said. “In order for the industry to continue to grow and monetise itself, we need to create star power, and what the industry in South Africa needs to understand, whether it’s the governing bodies or the clubs, is that when stars emerge as stars, as athletes build their brands and their visibility, it’s great for the clubs, it’s great for the governing bodies, and it shines a light, not only on them, but the entire sports industry.”

Yormark feels the South African sports industry is ripe for a shake-up, and he wants Roc Nation Sports to be at the forefront of that shake-up.

“There has to be change, and part of change is being disruptive and speaking out on things that aren’t right.”