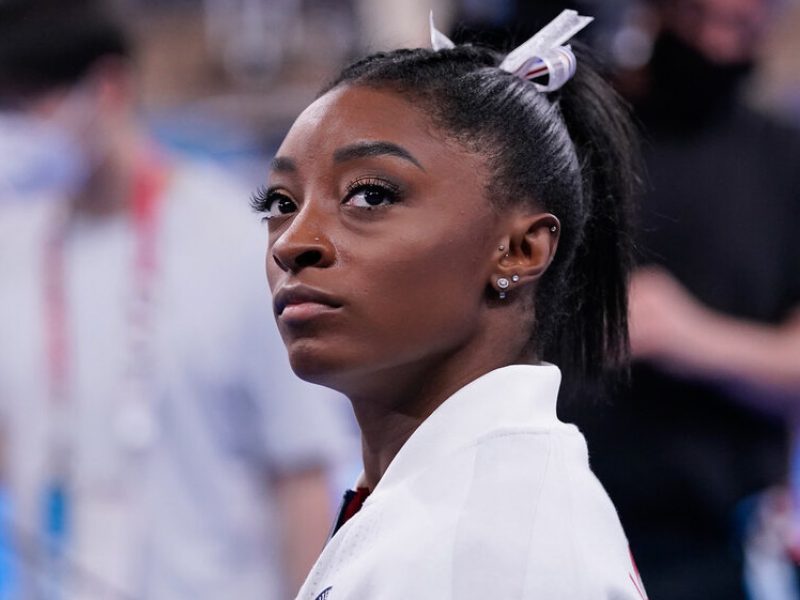 It’s been one of the biggest stories of the Tokyo Games, but what are the commercial implications of Simone Biles’ withdrawal from her various gymnastics events and will it have an impact on the future of athlete sponsorship?

The Simone Biles story is one of the biggest to come out of the Olympic Games in Tokyo.

Well, for starters, she’s one of the biggest names in sport, having dominated world gymnastics for the past five or six years, winning a combined total of 31 Olympic and World Championship medals.

Quite simply, at the age of 24, Biles is considered one of the greatest gymnasts of all time and still at the peak of her powers.

She arrived in Tokyo seeking five gold medals to equal the Olympic all-time gymnastics record of nine, but it’s not her exploits as a gymnast that are currently generating the most column inches, but rather her role in the discussion around the mental health of elite level athletes.

First it was Japanese tennis player and four-time Grand Slam champion Naomi Osaka pulling out of the French Open in June. After initially saying she just didn’t want to appear at compulsory tournament press conferences, she went on to withdraw from the tournament after one match, citing mental health issues.

Biles followed a similar path last week, when she pulled out of the women’s gymnastics team final in Tokyo, following a disappointing performance in the vault section of the event. Her name was removed from the competitor list shortly thereafter, before a USA Gymnastics statement said she had “withdrawn from the team final competition due to a medical issue.”

But, Biles followed that up by telling reporters in Tokyo that her exit was not injury-related, but rather due to mental health reasons.

Her actions were mirrored barely a week later, when star England cricket all-rounder Ben Stokes pulled out of the upcoming Test series against India, saying he was taking “an indefinite break from all cricket” to focus on his mental wellbeing.

Just days later, British swimmer Adam Peaty said he was taking a month-long break from the sport to protect his mental health, after winning two golds and a silver in Tokyo.

HAVE YOU READ?: SA Team Looks to Grow African Cycling

Peaty’s situation is slightly different, in that he’s made the decision and move after competing in his primary events – and not pulling out before – but he is still contributing to the conversation around mental health. Further to that, he will miss some competition, in the form of the International Swimming League, which starts next month.

“It isn’t a normal job,” he said. “There is a huge amount of pressure. Mental health matters and it is about getting the balance right at that elite level.”

But, what does this all mean for the sponsors who have attached their names to these big-name athletes – and paid them the corresponding high fees – with the understanding that that association includes their athletic performance?

“We are past the time when athletes like Simone are valued simply for their athletic prowess,” said Jim Andrews, founder of A-Mark Partnership Strategies, a US-based consultancy that “works with brand marketers, properties, agencies and others seeking to strengthen and build engaging and successful partnerships.”

“She has earned a place in gymnastics history and has proven herself to be an amazing spokesperson and influencer who has much to offer brands even without competing and eventually in retirement,” continued Andrews.

To this point, Biles’ Olympic sponsors – including Athleta and Visa – came out in support of her decision.

“We stand by Simone and support her well-being both in and out of competition,” said an Athleta statement. “Being the best also means knowing how to take care of yourself. We are inspired by her leadership today and are behind her every step of the way.”

Visa put out a similar statement, calling her decision “incredibly brave.” Nabisco said Biles was an “inspiration to us all.” Core Power, a protein shake maker, said Biles was “showing us all that her courage and strength extend well beyond the mat.”

I would argue that these brands had little choice but to support their athlete, regardless of their personal thoughts on her withdrawal from those gymnastics events, largely due to the understandable sensitivities around mental health.

Further to that, they would probably argue that the media exposure they’ve received in the wake of Biles becoming one of the stories of the Games – albeit for reasons other than performance – more than justifies their spend, even though Biles could return to the States without a medal.

“Given the fluidity and high-profile nature of the situation, as well as the sensitivities associated with her reasoning behind withdrawing, sponsors must be very careful not to be perceived as cutting and running,” says David Carter, Sports Business Professor at the University of Southern California, and founder of US marketing consultancy Sports Business Group. “Doing so would not only draw the ire of many consumers who staunchly support Biles, but also future athletes contemplating marketing relationships with any brands deemed tone deaf to the circumstances involved.”

But the situation does raise an interesting point.

Clearly, gone are the days where a brand can be certain that the athlete they are sponsoring will indeed fulfil their performance obligations, and perhaps that – and the issue of mental health – just becomes a new discussion point and line item, when sponsorship contracts are being negotiated?

“This is just another example that there are no sure things in sports and that sponsors need to continuously weigh the risks and returns of aligning with a single athlete, as opposed to a team or league, which also carry their own concerns,” says Carter.

What isn’t in doubt is the fact that the mental health of elite level athletes is now firmly on the agenda, with a host of high-profile stars, such as golfer Rory McIlroy, coming out in support of the likes of Biles and applauding her for her courage in taking such a big step.

What also isn’t in doubt, is that the landscape has changed.